Aerogel is a very special type of foam which is 99.8% air. Aerogel is a low-density solid-state material derived from gel in which the liquid component of the gel has been replaced with gas. The result is an extremely low density solid with several remarkable properties, most notably its effectiveness as a thermal insulator. Aerogels are solid, but can be less dense then air. Despite their sparse molecular structure aerogels are strong.

It was first invented in the 1930s by Samuel Stephens Kistler, but was very brittle and could not be shaped. Aerogels are traditionally expensive and difficult to manufacture, and they are difficult to handle. Now a team of scientists have discovered how to make it flexible so that it does not break so easily. This means there are a lot of ways in which it can be used to solve problems.

It is nicknamed frozen smoke, solid smoke or blue smoke due to its translucent nature and the way light scatters in the material; however, it feels like exploded polystyrene (Styrofoam) to the touch.

•Silica aerogel is the most common type of aerogel and the most extensively studied and used. It is a silica-based substance, derived from silica gel.

•The world’s lowest-density solid is a silica Nano foam at 1 mg/cm3, which is the evacuated version of the record-aerogel of 1.9 mg/cm3.The density of air is 1.2 mg/cm3.

•Silica aerogel strongly absorbs infrared radiation. It allows the construction of materials that let light into buildings but trap heat for solar heating.

•Carbon aerogels are composed of particles with sizes in the nanometre range, covalently bonded together. They have very high porosity (over 50%, with pore diameter under 100 nm) and surface areas ranging between 400–1000 m²/g. They are often manufactured as composite paper: non-woven paper made of carbon fibres, impregnated with resorcinol-formaldehyde aerogel, and pyrolyzed.

• Depending on the density, carbon aerogels may be electrically conductive, making composite aerogel paper useful for electrodes in capacitors or deionization electrodes. Due to their extremely high surface area, carbon aerogels are used to create super capacitors, with values ranging up to thousands of farads based on a capacitance of 104 F/g and 77 F/cm³.

•Carbon aerogels are also extremely "black" in the infrared spectrum, reflecting only 0.3% of radiation between 250 nm and 14.3 µm, making them efficient for solar energy collectors.

Aerogels a formed by a process known as supercritical drying, in which the liquid from the gel base is removed and replaced by a gas, leaving a solid structure.

It is prepared like gelatine by mixing a liquid silicon compound and a fast-evaporating liquid solvent, forming a gel that is then dried in an instrument similar to a pressure cooker.

The mixture thickens, and then careful heating and depressurizing produce a glassy sponge of silicon.

NASA’s Glenn Research Centre developed a polymer Aerogel which is strong, flexible, and robust against folding, creasing, crushing, and being stepped upon. These aerogels are among the least dense solids, possess compressive specific strength similar to aerospace grade graphite composite, and provide the smallest thermal conductivity for any solid.

The new aerogels are up to 500 times stronger than their silica counterparts. A thick piece actually can support the weight of a car.

Silica aerogels would crush to powder if placed under a car tire. As seen above, the same is not true of the new polymer aerogels, even if the car is only a Smart car. Overall, the mechanical properties are rather like those of a synthetic rubber, save that the aerogel has the same properties (and far smaller thermal conductivity) with only about 10 per cent of the weight.The new class of polymer aerogels also have superior mechanical properties. For example silica aerogels of a similar density have a resistance to compression and tensile limit more than 100 times smaller than the new polymer aerogels. And they can be produced in a thin form, a film so flexible that a wide variety of commercial and industrial uses are possible.

Military aeroplane and helicopter engines produce a lot of heat. This means they can be attacked by heat-seeking missiles. If the engine is surrounded by a layer of Aerogel, then less heat escapes for the missiles to detect.

Scientists look at the dust from comets to find out what the Solar system was like when it was first formed. They want to know what the dust is made of and what shape it is. But it is hard to catch the fast moving dust. If the dust rubs against anything, friction makes the dust hot which can change it. If the dust hits anything hard, that can also change its shape. So scientists use Aerogel in a dust collector on the Stardust spacecraft. As the very small dust particles go through the Aerogel they leave little paths. These paths are used to find the dust particles when the probe comes back to Earth. 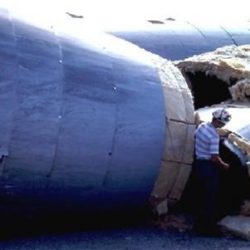 As the standards of our industry rise due to increasing globalization and competition, there is an ever growing need for consistency and reliability. Breakdown of any unit, system or equipment is an avoidable and costly occurrence and must be prevented or minimized. Analysis of such failures becomes a resourceful and affordable tool in addressing such unwanted occurrences. 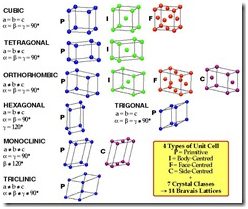 Why is XRD Important? It’s useful for studying Crystal structure. This method have the details about Grain size (or) Crystal size Orientation of the crystal, Cold worked, Distorted and Internally stressed crystals Re-Crystallization Preferred orientation etc 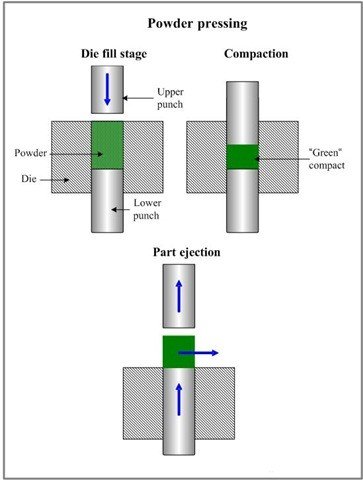 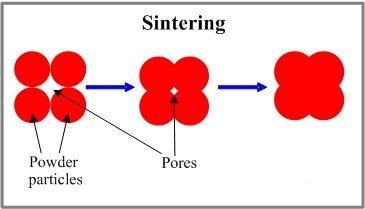 What is sintering in powder metallurgy process?

The operation of heating the green compact at high temperature in a controlled atmosphere (Reducing atmosphere which protects oxidation of metal powders). The Sintering increases the bond between the particles and therefore strengthens a powder metal compact. Sintering temperature and time of sintering depends on the type of powders and the strength required in a final product. The Sintering temperatures usually 0.6 to 0.8 times the melting point of powders.