Ambient light sensor automatically adjust the back lighting of the instrument panel and various other displays in the vehicle according to the varying available or ambient-light conditions. It also served in electronic equipment’s like Laptop’s, cell phones and LCD TV’s to bring natural lighting solutions. In addition to cell phones, ambient light sensors can be used in a variety of LCD-equipped portable products including PDAs, notebook PCs, digital cameras, video players, GPS-based navigation systems, and more.

Ambient light sensors are also called illuminance or illumination sensors, optical sensors, brightness sensors or simply light sensors. In portable electronic products, reducing the power consumption to provide the user with increased battery life is one of today’s critical design considerations. The liquid crystal display (LCD) and its associated backlighting are among the more (and frequently the most) power hungry loads in portable products. As a result, the use of an ambient light sensor to optimize the operation of the backlight LEDs under a variety of environmental lighting situations is increasing while, at the same time, the preferred technology choices available to designers for sensing have shifted towards more integrated solutions. 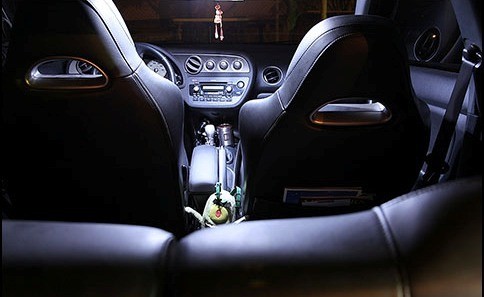 An Ambient Light Sensor is a specific version of a photodiode. A photodiode is a type of photo detector capable of converting light into a voltage or current, this depends on the mode of operation. A photodiode is a PN juntion or PIN structure. Light enters the top of the photodiode, a thin top P-type layer allows most photons to pass into the depletion region were electron-hole pairs are formed. The electric field across the depletion region due to the built in diode potential causes electrons to be swept into the N-layer, holes into the P-layer. 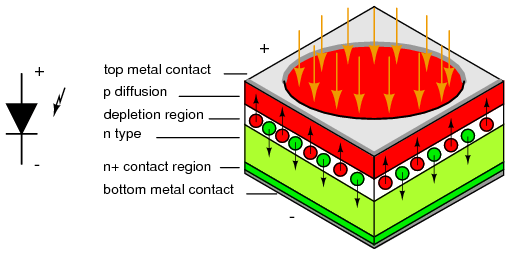 The special thing about Ambient Light Sensors is that they perceive brightness in the same way as human eyes do. Standard photo detectors have a spectral response ranging from 1100nm right down to 350nm with the peak sensitivity around 880nm. Human eyes, however, detect a much narrower wavelength range, namely from 400 nm to 700 nm with the peak sensitivity at 560 nm.

For cabin backlight control LED lighting’s are used. A LED lighting technology significantly improves in cabin lighting systems. LEDS are indeed useful for spot beam applications, where light can be focused directly where it is needed, in a range of color’s and without disturbance to other passengers, in a word – control. But this is only the beginning, and LEDs are quite capable of providing much, much more.

LEDS can provide colour wash to surfaces, creating sophisticated ambient and indirect lighting effects. It can do this by employing a range of colour LEDs singly or in combination or by employing tunable colour LEDs. This can be done with great precision, providing sophisticated control over colour, tone and brightness to generate an infinite variety of mood, brand or corporate effects.

It is a sensor that detects light so if it’s dark your screen monitor brightness will dim down. So you’re not looking at one source of extreme bright light, when its bright the screen monitor will go up to compensate for the extra light around you, so you can still see the monitor comfortably.

In addition to providing a pleasant-looking display, ambient light sensors also help reduce power dissipation and maximize the life of the backlighting system.

Ambient light sensors are included in many laptops and cell phones to sense the environment lighting conditions, allowing for adjustment of the screen’s backlight to comfortable levels for the viewer. The range of “comfortable levels” is dependent on the room’s light. 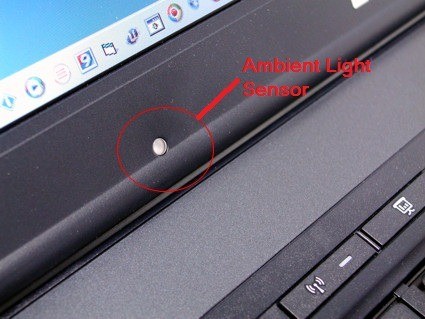 Understandably, a screen’s brightness needs to increase as the ambient light increases. What is less obvious is the need to decrease the brightness in lower light conditions-for comfortable viewing and to save battery life. In a cell phone, the ambient light sensors are located under a protective cover glass. Because of this protection, most of the ambient light is obstructed. The obstruction reduces the amount of light to be measured, requiring a solution with low light accuracy. For the accuracy needed in low-light conditions, the best sensor choice is the integrated photodiode with an ADC. 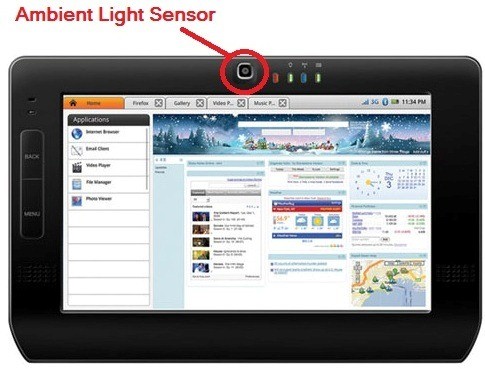