Centrifugal casting is done by pouring molten metal into a rotating mould. The centrifugal force acting on the mould helps in feeding and positioning the metal in the mould. Mould rotation is continued till after the metal is solidified. 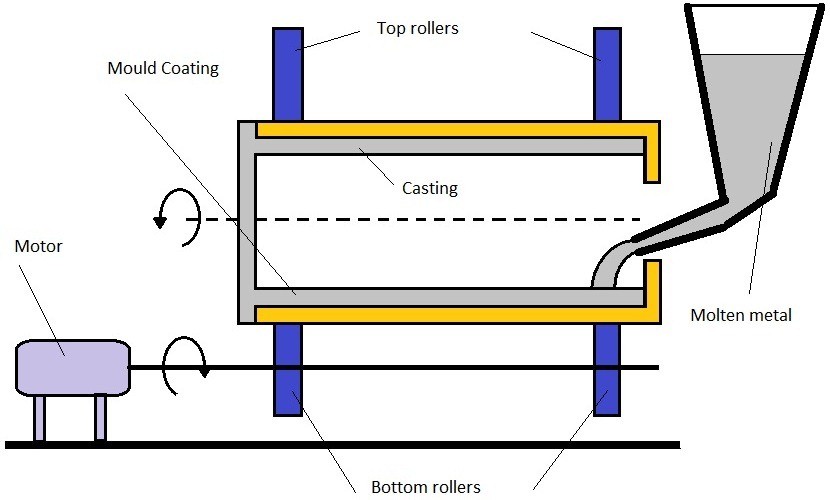 Centrifugal casting results in denser and cleaner metal as heavier metal is thrown to parts of the mould away from the centre of rotation and the lighter impurities like slag, oxides and inclusion are squeezed out to the centre.

The castings produced have a close grain structure, good detail, high density and superior mechanical properties. Elaborate gating and risering systems are not required as very simple systems will do the job. There is also a considerable saving of material. 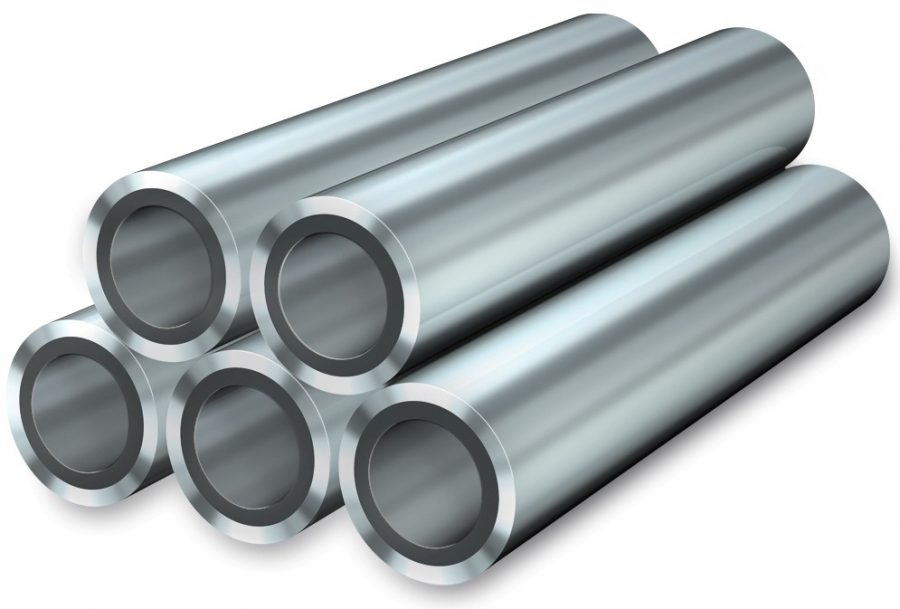 The true centrifugal method of casting is used to produce hollow castings with a round hole. The characteristic feature of this process is that the hole is produced by the centrifugal force alone and no cores are used. 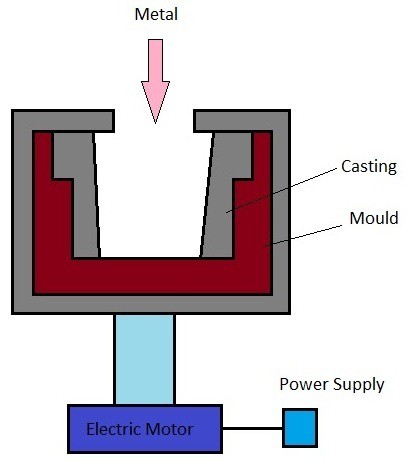 The mould is rotated about the axis of the hole with the axis held horizontal, inclined or vertical. The outside surface of the job may be round, square, hexagonal etc. and should be symmetrical with the whole axis. The central hole should be round to be formed without cores.

Long castings like cast iron soil pipes are cast with the moulds rotated about a horizontal axis. Castings with relatively short lengths are poured with moulds rotated about an inclined or vertical axis. Rotation about the vertical or inclined axis is convenient but the central hole produced will be slightly parabolic with smaller diameter at the bottom because the metal has a tendency to settle down due to gravity. The speed of rotation for true centrifugal casting should be high enough to hold the metal on to the mould wall till it solidifies. A low speed of rotation would result in raining or slipping of the metal inside the mould. Too large a speed of rotation on the other hand may result in internal stresses and possible hot tears. A speed which would provide a centrifugal force of 60 to 75 times the force of gravity on horizontal moulds and 100 times force of gravity for vertical moulds is found to be suitable. The moulds used for the process may be metal moulds or refractory or sand lined moulds. Common products produced by true centrifugal casting include pipes, oil engine cylinders, piston ring stock, gear blank stock, bearing bushes and the like.

In semi-centrifugal casting process no attempt is made to produce a hole without a core. The centrifugal force resulting from rotation of the mould is used to properly feed the casting to produce a close grained clean casting. 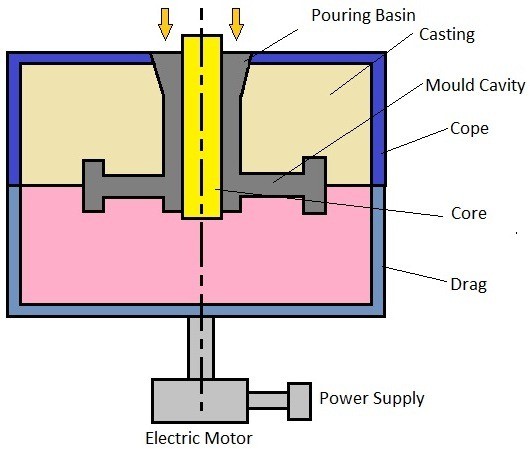 The process is suitable for large axis-symmetrical castings like gear blanks, fly wheels and track wheels. Any hole round or otherwise is made with the use of a core. The mould is clamped to a turn table with casting axis along the axis of rotation.

The metal is poured along or near the axis to feed the points farthest from the axis of rotation under pressure. If made solid the central portion tends to be porous and with inclusion which are removed in subsequent machining.

Centrifuging or centrifuge casting is employed to force metal under pressure into moulds of small castings or castings not symmetrical about any axis of rotation. The moulds are made around a central axis of rotation, to balance each other. 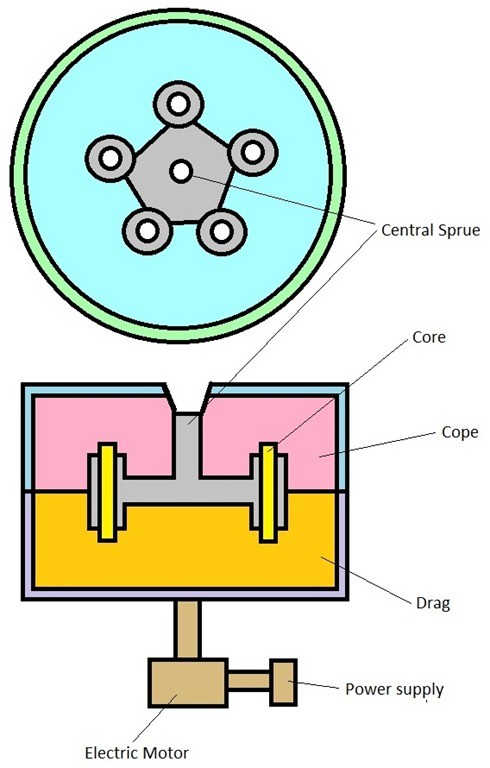 The metal is poured along this axis of rotation through a central sprue and made to flow into mould cavities through radial ingates cut on the mould interface. Centrifuging helps in proper feeding of castings resulting in clean, close grained castings. 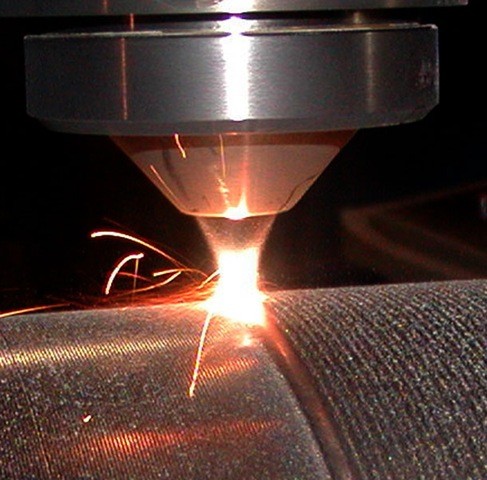 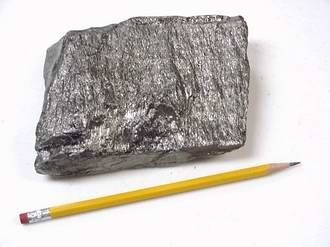 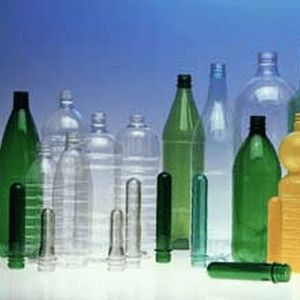