Semi-automatic transmissions are the gear boxes on which all operations normally performed by the driver when changing gear are carried out by electronically controlled actuator systems. This implies that a gear change always involves disengagement of the clutch and hence of the drive to the driving wheels. Semi-automatic transmissions are found on long distance haulage trucks, passenger coaches and more recently on small cars and sports cars. 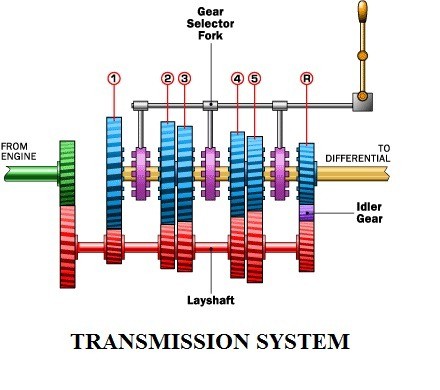 Fully automatic transmissions (normally called automatic transmission) change gear under load. This means, the power continues to flow to the driving wheels even during a gear shift operation. In this system, the drive engagement and gear ratio selection operations are performed with no additional driver input.

Components of the Automatic Transmission System

The main components of the transmission are as follows

(4) One way clutches with shift elements. 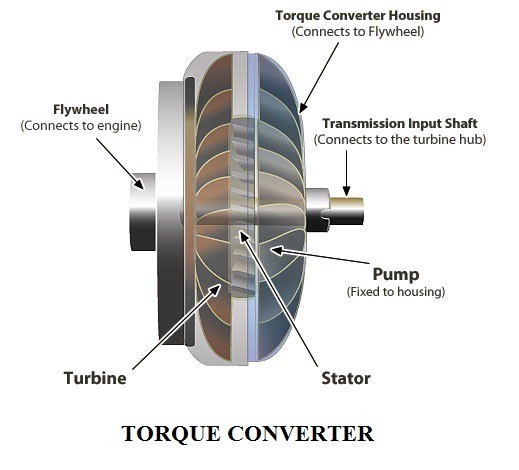 Fully automatic transmissions are used in situation where disengagement of power transmission may cause a significant reduction in comfort (particularly in cars with powerful accelerations) or where power flow interruption cannot be accepted for reasons of vehicle handling dynamics (ie. on-off road vehicles).

Mercedes Benz has introduced a seven speed auto transmission unit, which would make future Mercedes models more economical apart from performance and driveability. This unit employs seven gear rations: These allow the auto transmission to retain the small increases in engine speed which are important in ensuring optimum gear ratios, while at the same time offering a larger ratio spread between the lowest and highest gear. 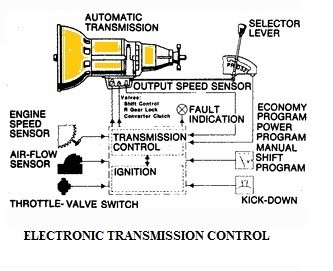 Sensors detect the transmission output shaft speed, engine load and speed, gear selector lever position and positions of the program selector and kick down switch. The control signal processes this information according to a predefined program and uses the results to determine the control variables which are to be transmitted to the gear box.

Electrohydraulic converter elements form the link between the electronic and hydraulic circults. Solenoid valves activate and disengage the clutches; Pressure regulators control the pressure levels at the friction surfaces, which influence on shift quality.

Intelligent shift programs supplement the standard transmission control data wih additional parameters such as forward and lateral acceleration, and the speed with which the accelerator and brake pedals are pressed. This improves driveability.