Augers are generally powered by electricity or compressed air. They have two parts: a bit and a house. The bit is attached to the end of the housing and is what actually goes down into the ground. The housing holds the auger’s motor and gearbox. When the auger is turned on, it spins at high speeds, causing the bit to rotate. As the bit turns, it cuts away at the surrounding earth, forming a tunnel.

Rotary drills work similarly to augers, except they use a rotating head instead of a stationary bit. A rotary drill uses a series of blades mounted on a shaft. These blades cut into the earth as the shaft rotates. Rotary drills are often used for making small diameter holes (less than 1 inch) and are less expensive than augers. 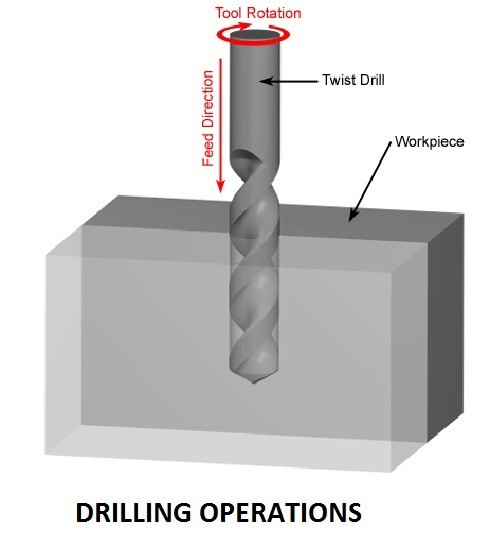 Drilling does not produce a precise hole. Only a rough internal surface will be produced by the drilling process. The hole is slightly bigger than the size of the drill bit used due to the vibration of the drill. 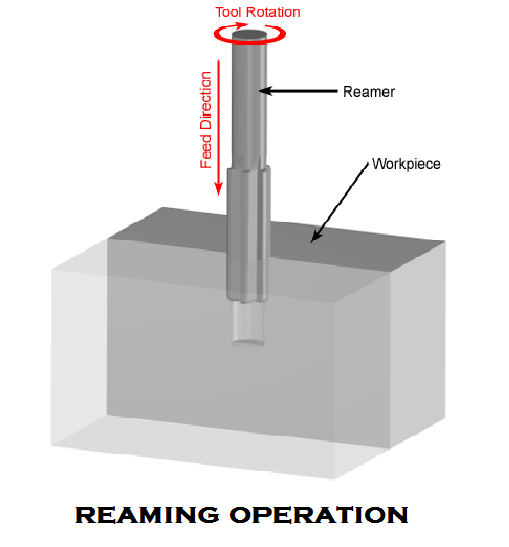 The process of sizing and finishing the already drilled hole is called reaming. The tool used for reaming is known as a reamer. It is a cylindrical tool having many cutting edges. A reamer cannot drill a hole. It simply follows the path of a previously drilled hole. It removes a very small volume of metal. The volume of metal removed in reaming is approximately 0.375mm. In this process, the spindle speed is half that of the drilling process. 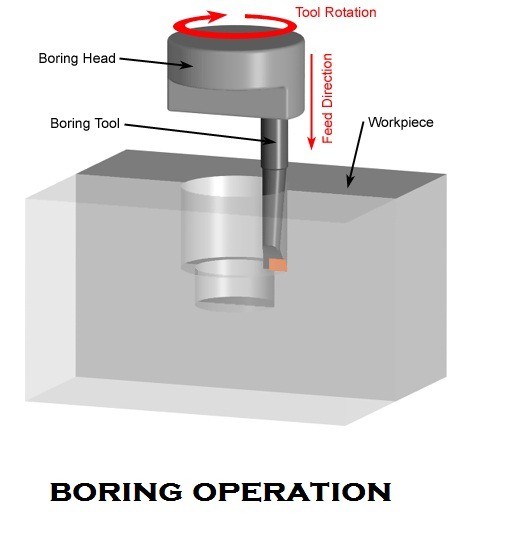 Boring is a process of increasing a hole with the help of a single-point cutting tool. Boring is done where the right size drill is not available. If the size of the hole is very large, the hole cannot be drilled. Then, to enlarge the hole, boring is done. By boring, the hole is finished accurately to the required size. This boring process machines the internal surface of a hole in casting is machined by this boring process.

The operation of squaring and smoothing the surface around the hole is known as spot facing. The figure illustrates the process of spot-facing.

The operation of cutting internal threads in a hole by using a cutting tool is called tapping. A tap has cutting edges in the shape of threads. The tap is screwed into the hole which will remove metal and cut internal threads. 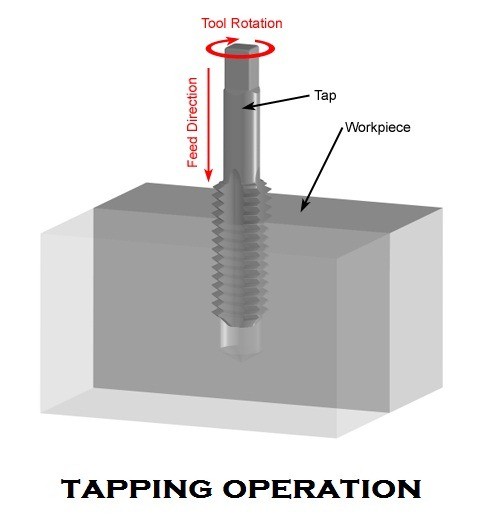 Tap drill size = 0.8 x the outside diameter of the thread.

The operation of manufacturing a large hole by removing metal along the circumference of a hollow cutting tool is known as trepanning. There is a pilot inside the trepanning tool which passes in the small previously drilled hole to produce the larger. It is used when the diameter is greater than the size of the particular machine and where hole depth is much more in comparison with normal work.

The operation of increasing the dimension of the hole at any point between its ends is known as undercutting.

The operation of removing large amounts of stock with respect to lapping and honing operations from hardened material and super finishing a surface accuracy up to ±0.0025mm by means of a grinding tool wheel is known as grinding.

The operation of sizing hardened holes and extremely limited stock removal is known as lapping. 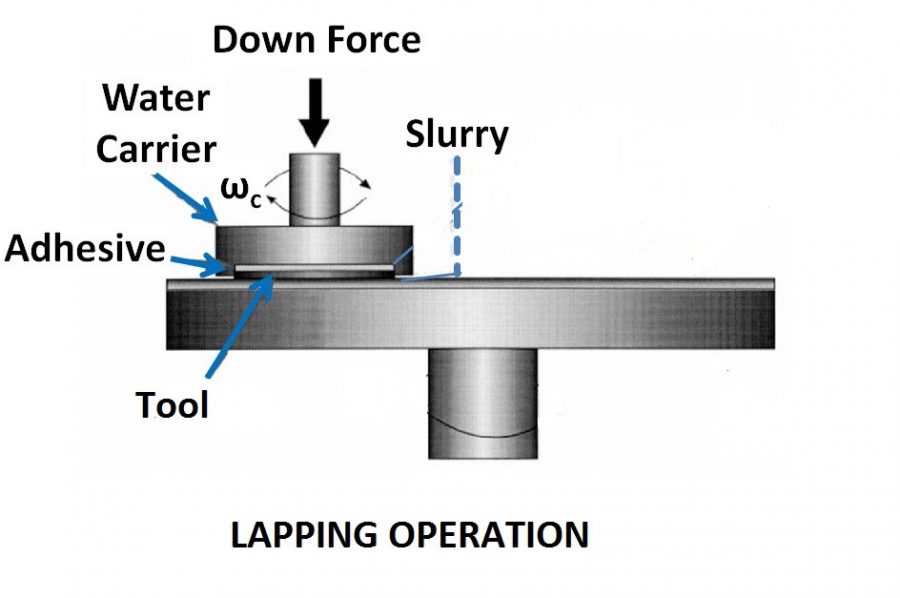 The operation of finishing large holes, such as automobile cylinders, by means of slow-moving abrasives is known as honing. 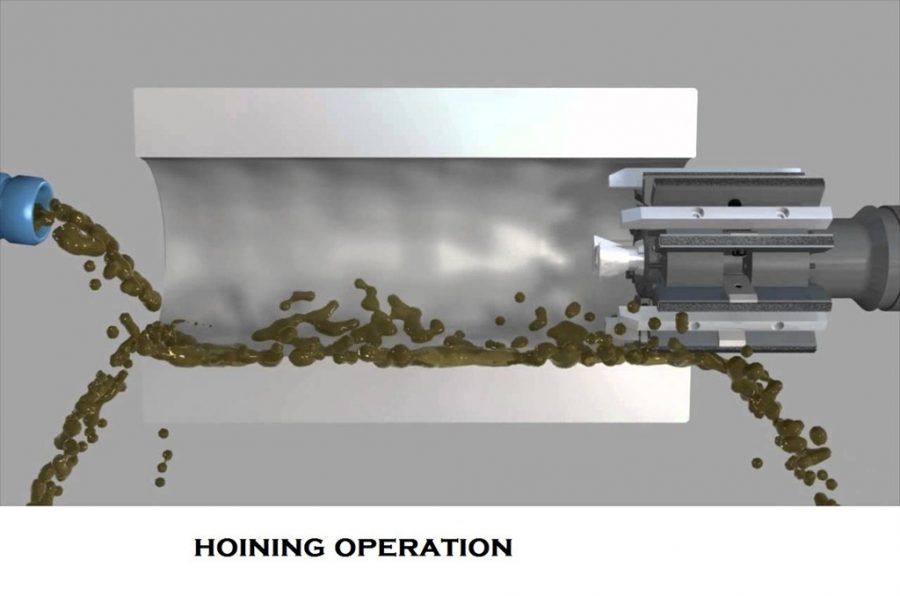