“All done, see you! Internal combustion engines, cherish electric vehicles” – This is the mantra of automobile makers, all of whom commit to switch towards emission-free vehicles, whereas the policymakers have tossed forth several proposals in the span of three decades to ban gasoline and diesel engines.

Thank goodness, Dyson electric car has approached to agonistically announce his discovery. The group that upgraded the vacuum cleaners & hand dryers in the end, eventually created a drivable version of their futuristic electric vehicle, built to counter Tesla’s and BMW’s – an extraordinary breakthrough because just months ago some tests of their cars were just serious, with designs being carried out in the cad modelling program for machine support and the testing of motor and batteries were underway.

In the beginning of 2019, following the company’s awarded patents, the first descriptions of Dyson’s electric came into existence. Obviously, the patents do not reveal the reality of our car, but offer a snapshot into the imaginative moves we are thinking about. They propose ways to differentiate this vehicle from the current configuration and show the car constructed from the bottom up taking the versatility, taking into consideration the range and performance of the dyson ev. 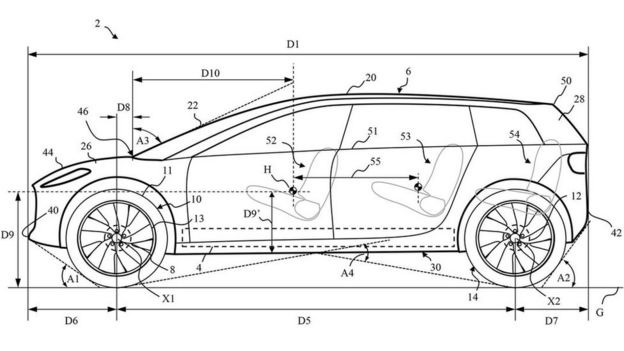 The patent profile sketches showed, the dyson electric car that appeared to combine SUV and sedan form – raising the cabin space up (probably allowing battery installation to be mounted in the floor), whereas maintaining the roofline and centre of gravity reasonably low – something that was evident in the full-size clay model. As a result, the seats seemed to be much more reclined than other traditional SUVs might have seen.

The patent documents demonstrated it just by stating that: “The ground clearance of the vehicle in the illustrated embodiment is about 300mm, which is comparatively high as compared to saloon or sedan-like vehicles, although the front row of passengers are supported within the vehicle in a more low-down, sedan-like seating posture”. And it adds, “The driver has a reclined seating position typical of a saloon or sedan vehicle.” 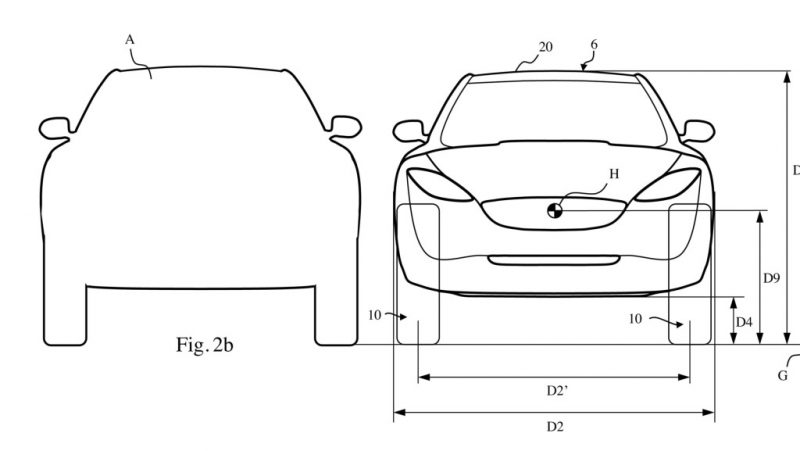 The Dyson brand recommended that the vehicle would handle particularly a long wheelbase – from 3,200 mm to 3,350 mm. In comparison to the huge battery pack under the cab, this would have increased ride comfort. Patent claimed that the illustration of the automobile height should range between 1600 to 1800 mm and that its length should not larger than 5100 mm or “preferably between 4700 mm and 5000 mm,” respectively.

However, the clearance of Dyson ‘s electric car should have been higher than the large Range Rover’s, and also greater than those of that of Rolls-Royce Cullinan ‘s planned wheelbases. Dyson ‘s patent records also indicate that a 24-inch car used wheels of a 45 to 55 % outer diameter of the overall vehicle height.

Although other features of the automobile would increase the overall range and efficiency of the electric car by aerodynamic windshield and bigger wheels to reduce the road friction relative to the competition, the isolation of the battery from the rival cars would become more limiting.