The crankshaft if supported by Engine bearing. The connecting rod big end is joined to be crank pin on the crank of the crankshaft through a bearing. A piston pin at the rod small end is accustomed attaching the rod to the piston. The piston pin drives in bearings. Everywhere there is rotating action in the engine, bearings are accustomed supporting the moving parts. The presence of bearing is to decrease the friction and to allow the parts to move easily. Bearings are lubricated with oil to make the relative motion easier.Bearings used in engines are of two types : sliding or rolling 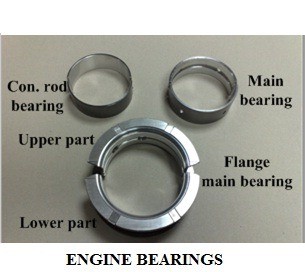 The sliding type of bearings are sometimes called bushings or sleeve bearings because they are in the shape of sleeve that fits around the rotating journal or shaft. The sleeve-type connecting rod big end bearings usually called simply rod bearings and the crankshaft supporting bearings called the main bearings are of the split sleeve type. 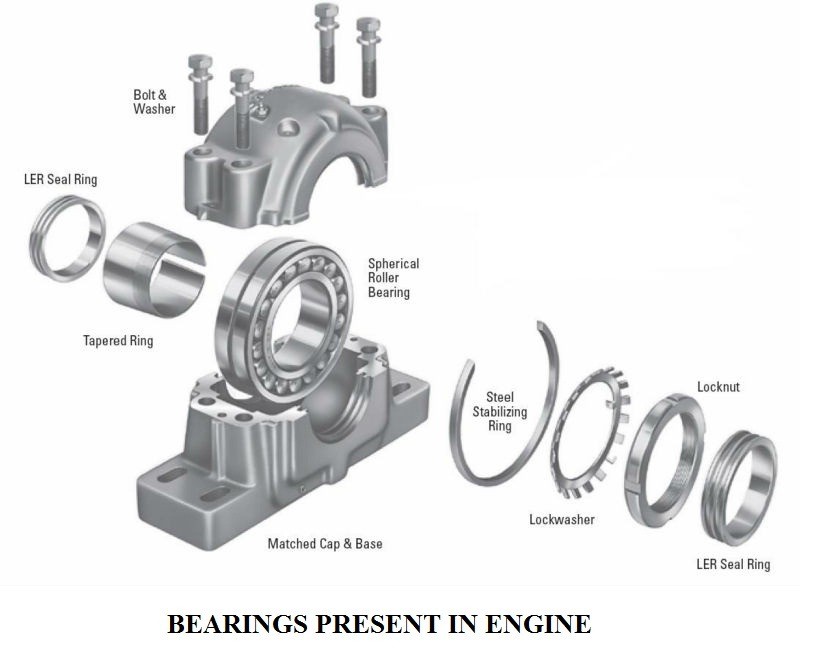 They must be split in order to permit their assembly into the engine. the upper half of the rod bearing is fitted in the rod, the lower half is mounted in the rod bearing cap. When the rod cap is fastened to the rod shown in the picture complete sleeve bearing is formed. Likewise, the upper halves of the main bearings are assembled in the engine and then the main bearing caps, with the lower bearing halves are attached to the engine to complete the sleeve bearings supporting the crankshaft.

Structure of a bearing

The typical bearing half is made of steel or bronze back to which a lining of relatively soft bearing material is applied. This relatively soft bearing material, which is made of several materials such as copper, lead, tin and other metals, has the ability to conform to slight irregularities of the shaft rotating against it. If wear does take place, it is the bearing that wears and the bearing can be replaced instead of much more expansive crankshaft or other engine part. 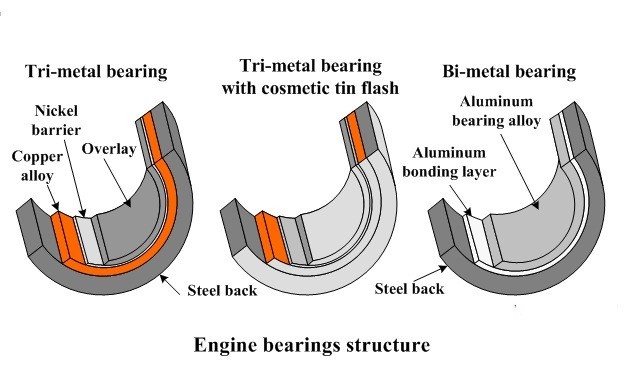 The type of bearing selected by the designers of the engine depends on the design of the engine and the use to which the engine will be put. Generally sleeve bearings, being less expensive and satisfactory for most engine application. Infact sleeve bearings are used almost universally in all automobile engines. But you will find some engine with ball and roller bearings to support the crankshaft and for the connecting rod and piston-pin bearings.