A photograph is a two-dimensional record of light intensity received from a three-dimensional object.

Holography is a technique for recording optical images. It was developed by Gabor in the year 1947.The term holo means whole or complete and graphy means recording. Holography literally means complete recording. 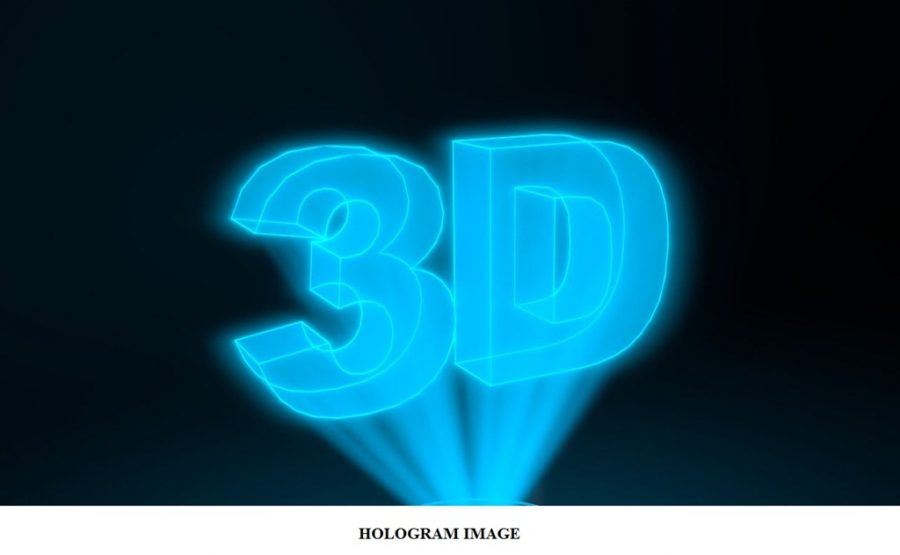 Holography records both amplitude and phase of light waves to produce a three-dimensional effect.

In holography, the image of an object is not directly recorded but the light waves reflected from the object after interference with direct ray are recorded. The photographic record is called hologram.

When the hologram is illuminated by coherent source of light, a three-dimensional image of the original object is formed. 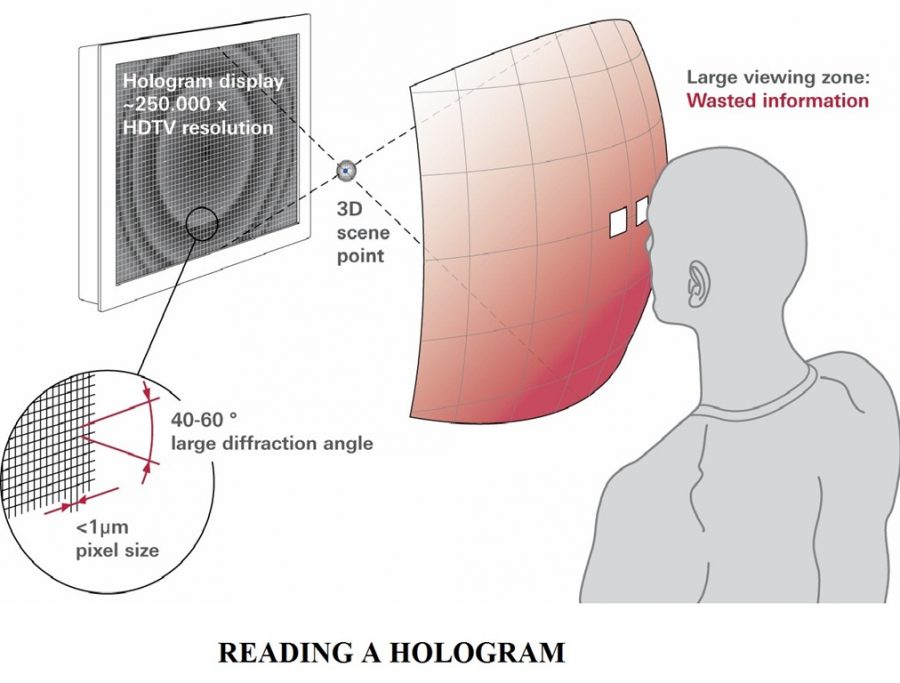 It should be noted that a hologram has no resemblance to the original object but it contains all informations about the object in the form of optical code.

Read More:   What is WAP

Holography is based on the principle of interference and hence the light waves with high degree of coherence are required for its realisation. Hence, laser beam is used for preparing hologram.

Holography is a two-step process.

Step-1 Transformation of the object into hologram i.e., an object illuminated by coherent light is made to produce interference fringes in a photographic plate.

Step-2 Re-transformation or reconstruction of hologram into an image of the object i.e., reillumination of the developed interference pattern by light of same wavelength to produce a three-dimensional image of the original object.

Construction or recording of a hologram 3D Images

The process of making a hologram is called recording or construction of hologram.

The arrangement for recording a hologram is shown in the picture

A beam from helium-neon laser is divided into two beams. By means of a beam splitter. The transmitted beam  called object beam illuminates the object whose hologram is to be recorded. A part of this light scatters from the object and falls on a photographic plate P.

The reflected beam a from the beam splitter called reference beam, also falls on the photographic plate. These two beams interfere with each other and they produce interference pattern which is recorded on the plate.

The pattern is very fine with the spacing between fringes is as small as 0.001 mm. When the plate is developed, a hologram is obtained which appears transparent. 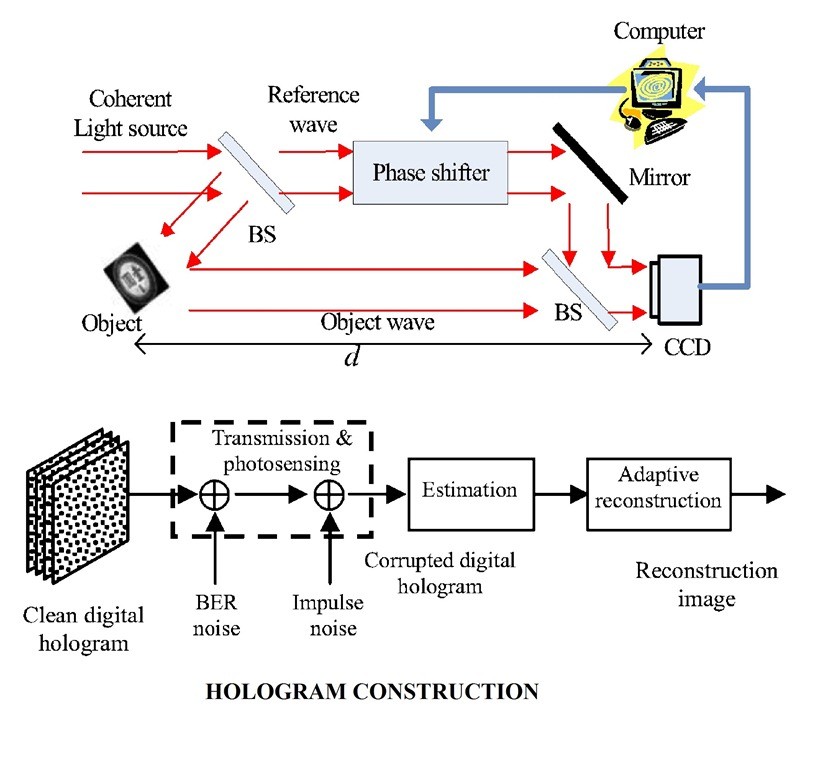 Reconstruction of a holographic image

The method of displaying a hologram is known as reconstruction. The object is recreated from the hologram by directing a beam of light to the holographic plate.

The laser beam from a laser source is reflected from a mirror. Now, the laser beam known as readout beam, interacts with the interference pattern on the plate. It produces two images from diffracted beams emerging from the hologram.

One of them appears at the original position occupied by the object called virtual image and the other, the real image can be photographed directly without using a lens.

The virtual image which can be seen by looking through the hologram, appears in complete three-dimensional form.

If our eye is moved from the viewing position, the perspective of the picture changes and it is possible to see the other side of the object.