Laser beam welding is a welding process that uses a laser beam to melt and vaporize material. A ruby laser rod is used for machining process. Here the lasing material is in the form of a solid ruby rod (doped with chromium) with the end faces made parallel to each other within (1 / 20) of the wavelength. One end of the rod is made totally reflective while the other end is partially reflective (about 80 percent).

A number of Xenon flash lamps are placed around the laser rod for pumping it into the excited state. A highly reflective cylindrical enclosure surrounds both the rod and the flash lamps to restrict the light from the pumps into the rod.

The action of the laser is based on the following well known principle. “if an atom or molecule of the lasing material is raised to energy level E2 by an outside source like light, heat or chemical reaction it does not permanently remain at that state. Sooner or later it decays back to its stable lower energy level E1 releasing a photon of light”. 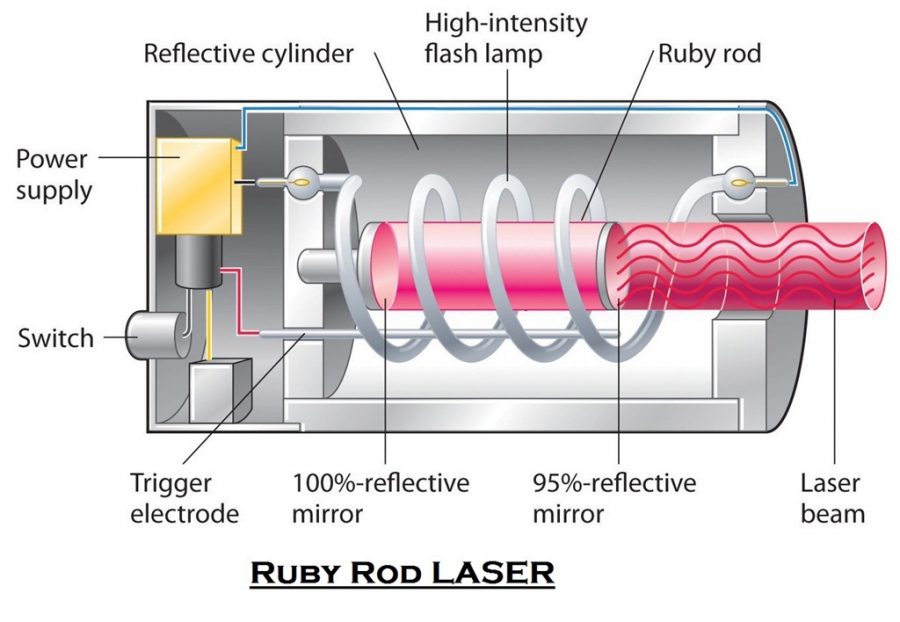 Components of a LASER:

A LASER requires three components. They are: 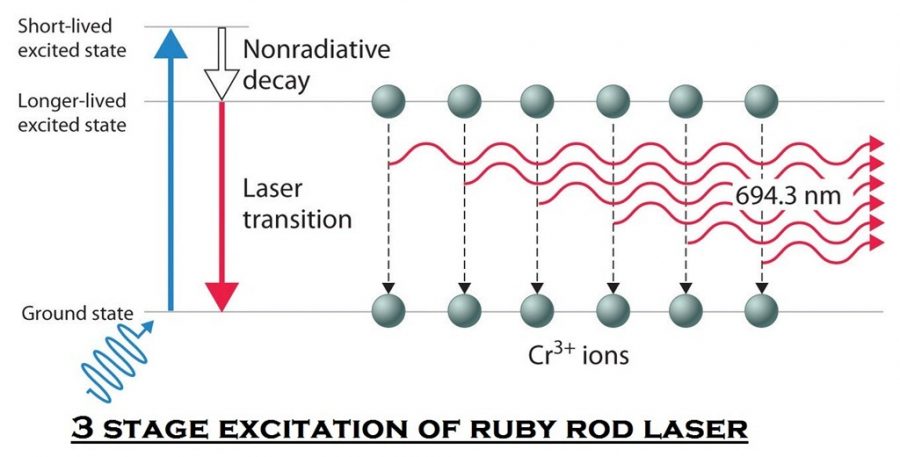 The two photons so generated are identical in wave length, phase, direction and energy. This sequence of triggering is multiplied many fold to produce the laser beam. When the ruby crystal consisting of aluminium oxide into which 0.05 percent chromium has been introduced, is pumped into the excited state by the series of Xenon flash bulbs surrounding it, the chromium atoms are raised to the higher energy level, releasing a stream of photons, when they fall back to their stable lower energy level.

When this light is reflected from the end mirrors it triggers more atoms to their ground state leading to chain reaction of stimulated radiation. Some of this light escaping from the partially reflecting mirror on the right constitutes the laser. Because of lasers highly monochromatic nature this light can be easily focussed and concentrated with a lens to a very small diameter spot with a much higher intensity.

The large number of lasers that have been developed for welding generally fall into two main categories solid state lasers and gas lasers. Solid state lasers like ruby laser use solid crystal as lasering medium and are excited by Xenon or Krypton filled flash lamps. The output from these lasers is normally in pulses. The power rating of such units may be up to 2 KW.

Gas lasers on the other hand use a glass tube through which a mixture of carbon dioxide, Helium or Nitrogen gas is flowing. Direct electrical energy is used with gas lasers for excitation. The gas flowing through the laser may be recirculated in some cases to reduce cost. Continuous wave gas lasers using carbon dioxide gas with power up to 20 KW are used for laser beam welding.

Welding is done with high power lasers with longer pulses so that metal can be heated to its melting point without vaporization. It may be done by conduction or by penetration. Conductive welding is carried out with the help of conductive heating of the joint and is limited to low depth welds. It uses low power intensity beams.

Penetration will not be much and weld is obtained by welding of joint near the surface. As the power is increased the higher heat density obtained will cause the metal at the centre of the laser jet to be vaporized with a key hole being formed.

After the laser beam has passed, the molten metal channel collapses forming a weld nugget. This method can produce single pass welds up to 19 mm deep with much less cost compared to conventional welding methods like resistance welding. 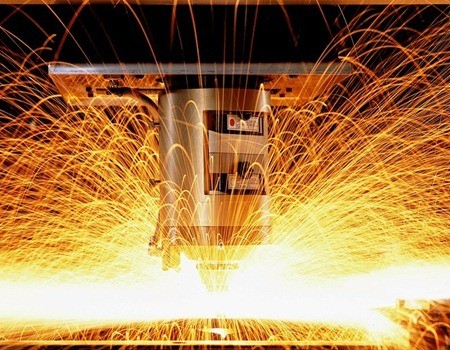 Laser beam welding can be used for welding of corrosion resistant steels and titanium alloys requiring high quality welds. Currently it is finding wide use in communication engineering application where very fine wires are required to be welded and on micro circuit boards etc. The process is also useful for welding of different combinations of metal as well for welding of transparent materials.