Toyota, a Japanese automaker, revolutionized the hybrid automobile industry. Toyota launched Hybrid Synergy Drive in 1997, a complete hybrid technology that allows the automobile to travel 1.5 to 16 kilometres in various modes without using the gasoline engine.

Let’s take a closer look at the technologies. Engine efficiency has become worse when the vehicle is first starting up and all the way up to the mid-speed level. As a result, the gasoline engine is disabled, and the vehicle relies only on the high-capacity electric motor.

The idea of Hybrid Synergy Drive

Engines with ‘Drive by Wire’ technology are used in Hybrid Synergy Drive. There seems to be no physical connection between the engine and the accelerator pedal with this technique. The ECU and a bunch of electronic sensors are in charge of driving by wire. The throttle position sensor also calculates how much power the engine needs at a certain throttle response.

The majority of conventional engines aren’t as efficient as they may be. As a result, the engine loses torque and fuel. Even the makers are restricted in their ability to deal with such situations.

The e-CVT (electronic continuously variable transmission) or the computer, in the case of Hybrid Synergy Drive, determines the optimum feasible gear ratio at any given time. As a consequence, the engine operates at its maximum RPM, resulting in increased efficiency. When not in use, this system may also turn off the IC engine.

The Hybrid Synergy Drive system keeps the wheel speed and engine in sync. It aims to keep the engine RPM constant between 1500 and 2000, which is believed to be the most efficient range for IC engines.

What Is a Hybrid System?

A hybrid system combines different power sources to maximize each one’s strengths, while compensating for the others’ shortcomings. A gasoline-electric hybrid system, for example, combines an internal combustion engine’s high-speed power with the clean efficiency and low-speed torque of an electric motor that never needs to be plugged in.

What Does the Term “Hybrid” Mean?

An automobile that has two or more sources of energy, such as an internal combustion engine and an electric motor, is referred to as a “hybrid.” They achieve remarkable fuel efficiency and reduce pollutants by functioning synergistically, whilst still offering you with a smooth, quiet ride.

The following are the three hybrid systems:

• The ‘parallel’ hybrid system, which combines a regular combustion engine with an electric motor installed between the engine and the transmission gear box.

• The ‘series’ hybrid system, which relies entirely on an electric motor for propulsion. The gearbox, rather of being linked to the combustion engine, acts as a generator to drive the electric motor.

Are All Hybrids Created Equal?

There are several ways in which electric motors and a gas/petrol engine can be combined.

Toyota perfected the series/parallel or “full” hybrid to deliver the energy-saving benefit of a series hybrid together with the acceleration benefit of a parallel hybrid. Two key technologies — the power split device and sophisticated energy management — make this possible. They constantly optimize the flows of mechanical power and electric power for safe and comfortable vehicle operation at the highest possible efficiency. 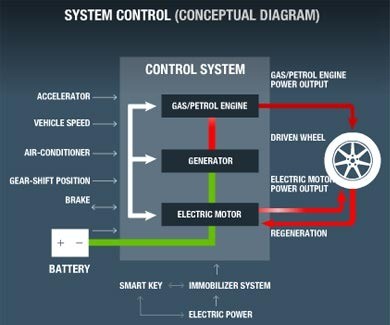 Toyota’s unique hybrid system combines an electric motor and a gasoline engine in the most efficient manner. It saves fuel and reduces emissions while giving ample power. 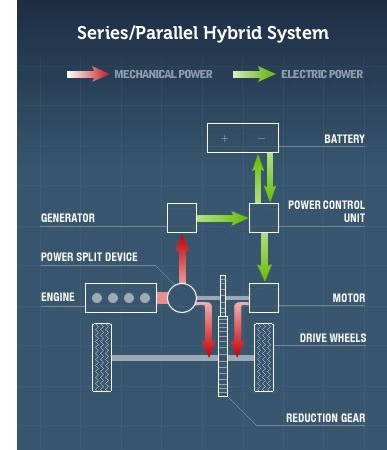 The Hybrid Synergy Drive system effortlessly shifts between electric and conventional engine power due to fuel-saving technologies. Hybrid Synergy Drive adjusts to the driving situation by controlling the power from both sources and advising the car on how to combine them. As a result, you’ll get maximum efficiency and performance on every trip.

The engine uses the generator to charge the battery when travelling slowly, such as in traffic. To enable zero-emissions travel, the generator may turn off the petrol engine and let the electric motor to take over.

The device’s mechanical connections enable the computer to transform mechanical power from the engine into three main configurations: more torque at the wheels (under constant torque), additional rotation speed at the wheels (under constant torque), and electricity. This accomplishes the capabilities of a continuously variable transmission gearbox, but instead of a direct mechanical link, the torque/speed conversion is done using electricity.

When the car comes to a halt, this technology detects it and turns the engine off to save energy and reduce pollution, then automatically restarts when you foot on the throttle. 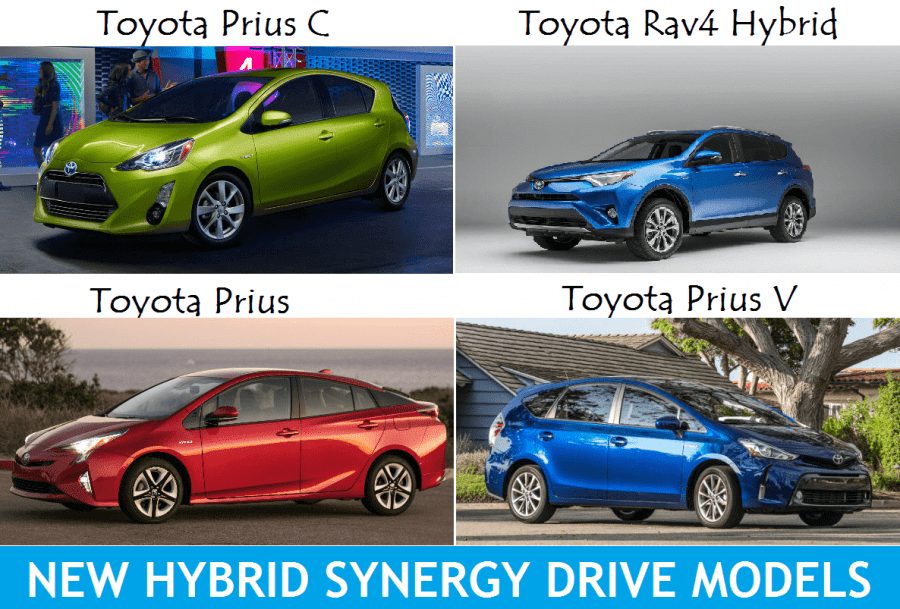