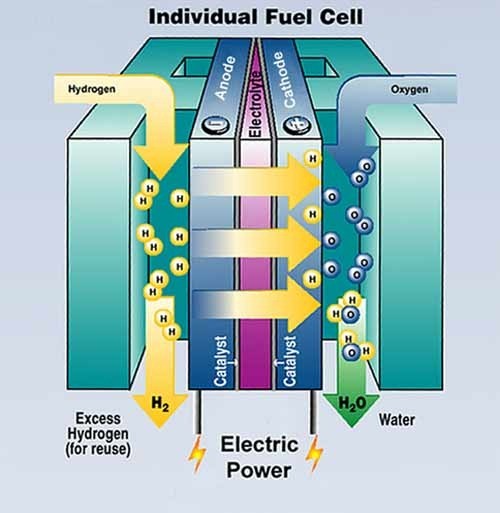 Further, the hydrogen engine ensures performance and reliability equal to that of a gasoline engine. Since the gasoline version requires only a few design changes to allow it to operate on hydrogen, hydrogen-fueled rotary engine vehicles can be realized at low cost. In addition, because the dual fuel system allows the engine to run on both hydrogen and gasoline, it is highly convenient for long-distance journeys and trips to areas with no hydrogen fuel supply. 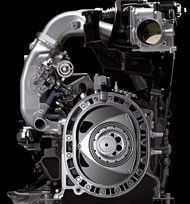 The RENESIS hydrogen rotary engine employs direct injection, with electronically-controlled hydrogen gas injectors. This system draws in air from a side port and injects hydrogen directly into the intake chamber with an electronically-controlled hydrogen gas injector installed on the top of the rotor housing. The technology illustrated below takes full advantage of the benefits of the rotary engine in achieving hydrogen combustion.

RE Features suited to Hydrogen Combustion

In the practical application of hydrogen internal combustion engines, avoidance of so-called backfiring (premature ignition) is a major issue. Backfiring is ignition caused by the fuel coming in contact with hot engine parts during the intake process. In reciprocal engines, the intake, compression, combustion and exhaust processes take place in the same location—within the cylinders. As a result, the ignition plugs and exhaust valves reach a high temperature due to the heat of combustion and the intake process becomes prone to backfiring.

In contrast, the RE structure has no intake and exhaust valves, and the low-temperature intake chamber and high-temperature combustion chamber are separated. This allows good combustion and helps avoid backfiring.

Further, the RE encourages thorough mixing of hydrogen and air since the flow of the air-fuel mixture is stronger and the duration of the intake process is longer than in reciprocal engines. 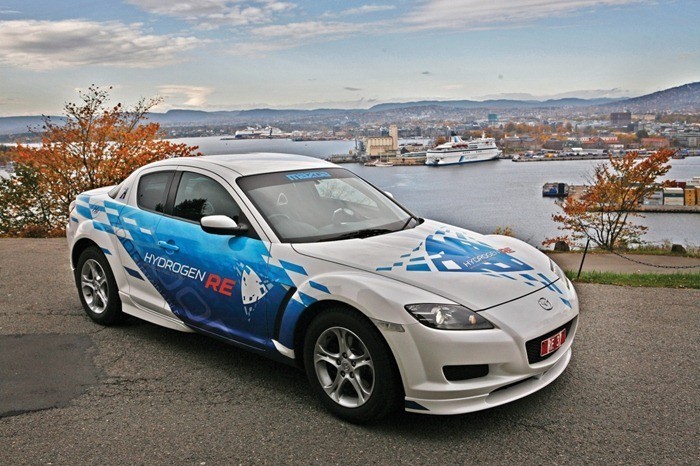 Combined use of Direct Injection and Premixing

Aiming to achieve a high output in hydrogen fuel mode, a direct injection system is applied by installing an electronically-controlled hydrogen gas injector on the top of the rotor housing. Structurally, the RE has considerable freedom of injector layout, so it is well suited to direct injection.

Further, a gas injector for premixing is installed on the intake pipe enabling the combined use of direct injection and premixing, depending on driving conditions. This produces optimal hydrogen combustion.

When in the gasoline fuel mode, fuel is supplied from the same gasoline injector as in the standard gasoline engine.

Adoption of Lean Burn and EGR

Optimal and appropriate use of lean burn and EGR satisfies both goals of high output and low emissions. The volume of NOx emissions is about 90 percent reduced from the 2005 reference level. 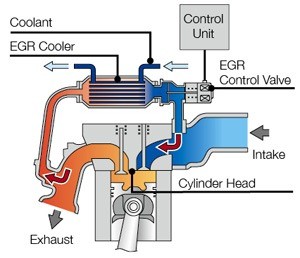 When the system runs out of hydrogen fuel, it automatically switches to gasoline fuel. For increased convenience, the driver can also manually shift the fuel from hydrogen to gasoline at the touch of a button. 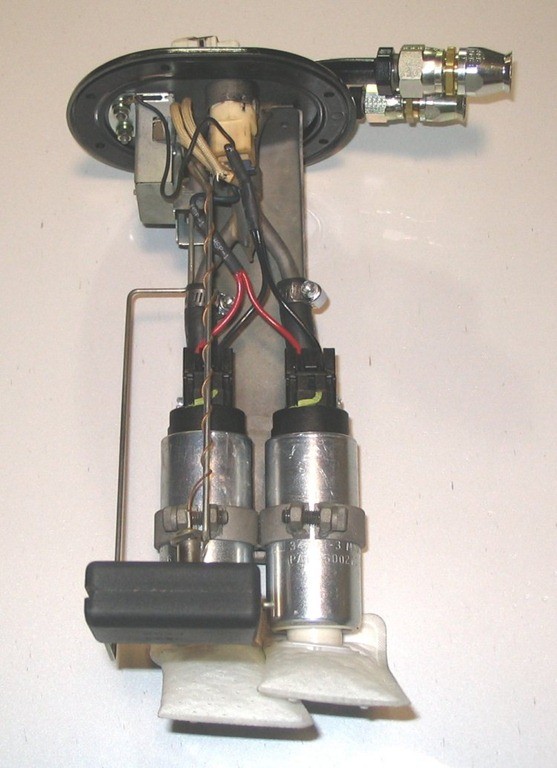 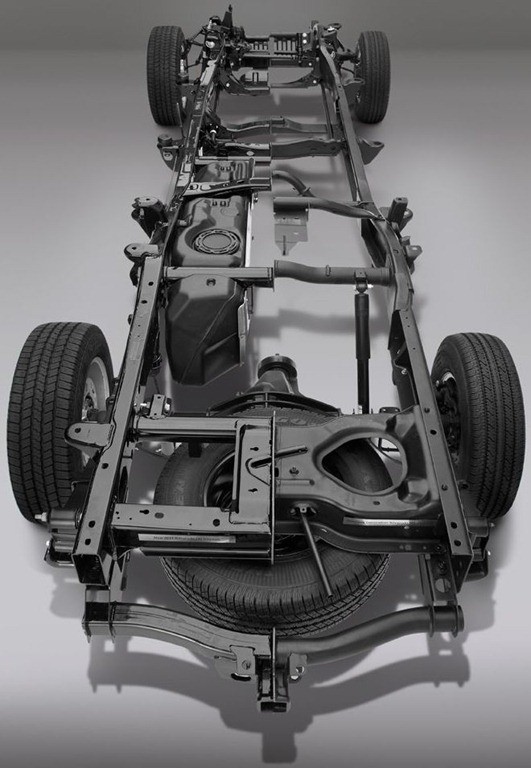 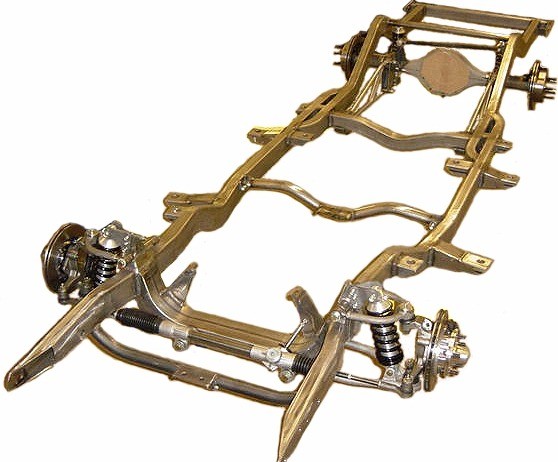 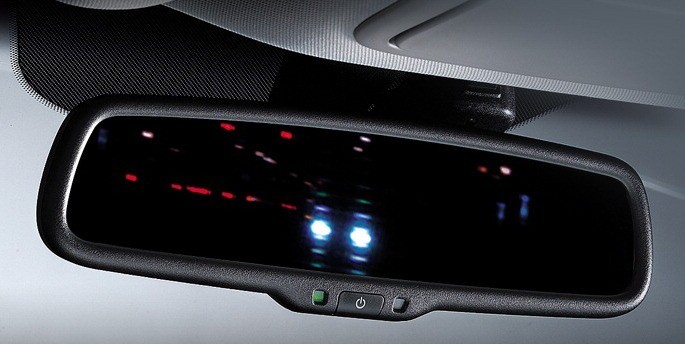 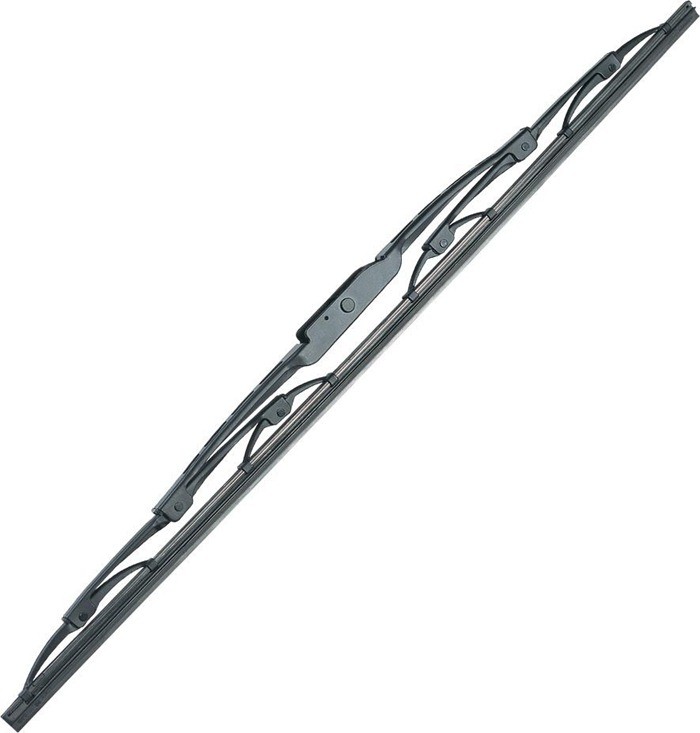