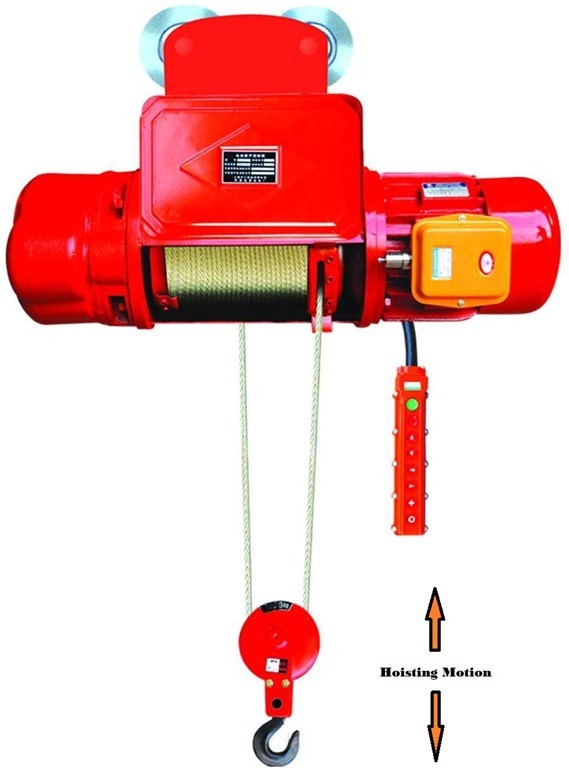 Jib crane has the following motions:

It is used to lift or lower the load. This is usually achieved by steel wire ropes being affixed to a crane hook or a grab hanging from the outer end of the jib. The rope is applied through some receiving arrangement and controlled and operated by a winch system.

The long horizontal jib is the part of the crane that carries the load. The counter-jib carries a counterweight, usually of concrete blocks, while the jib suspends the load to and from the center of the crane.

A level-luffing crane is a crane mechanism where the hook remains at the same level whilst luffing; moving the jib up and down, so as to move the hook inwards and outwards relative to the base.

It is imparted to the inclined member or the jib to move in a vertical plane so that the angle of the jib may be changed in order to bring the load line nearer to or further off from the centre of the crane.

It is imparted to the whole superstructure of the crane including the jib, so that it can turn about a central pivot shaft w.r.t. the non-revolving parts. This motion enables the crane to shift the load line to revolve round the crane.

It may be required when the whole crane structure has to be shifted to a distant place along a rail track or along a road. 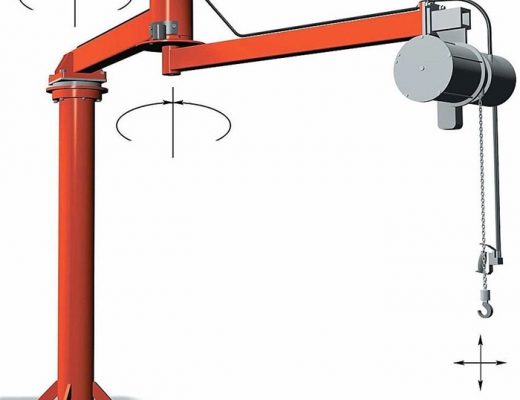