KERS is an energy-saving device fitted to the engines to convert some of the waste energy produced during braking into a more useful form of energy. The system stores the energy produced under braking in a reservoir and then releases the stored energy under acceleration. The key purpose of the introduction was to significantly improve lap time and help to overtake. KERS is not introduced to improve fuel efficiency or reduce the weight of the engine. It is mainly introduced to improve racing performance.

KERS is the brainchild of FIA president Max Mosley. It is a concrete initiative taken by F1 to display the eco-friendliness and road relevance of modern F1 cars. It is a hybrid device that is set to revolutionize Formula One with environmentally friendly, road-relevant, cutting-edge technology. 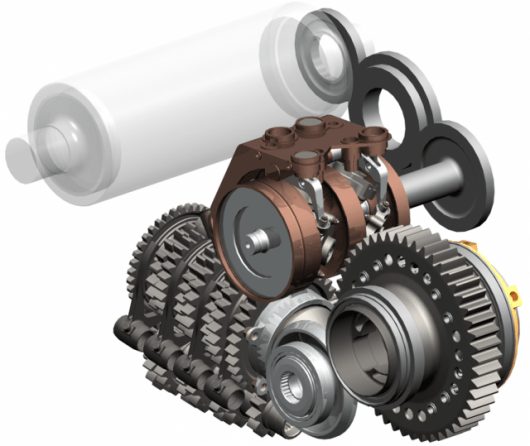 The three main components of the KERS are as follows: 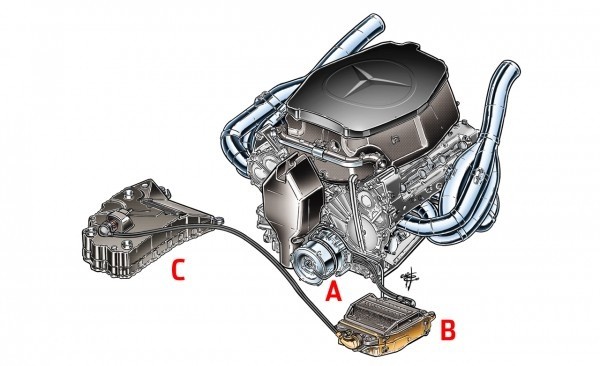 Kinetic Energy Recovery Systems or KERS works on the basic principle of physics that states, “Energy cannot be created or destroyed, but it can be endlessly converted.”

When a car is being driven it has kinetic energy and the same energy is converted into heat energy on braking. It is the rotational force of the car that comes to stop in case of braking and at that time some portion of the energy is also wasted. With the introduction of the KERS system, the same unused energy is stored in the car, and when the driver presses the accelerator the stored energy again gets converted to kinetic energy. According to the F1 regulations, the KERS system gives an extra 85 bhp to the F1 cars in less than seven seconds.

These systems take waste energy from the car’s braking process, store it and then reuse it to temporarily boost engine power. This and the following diagram show the typical placement of the main components at the base of the fuel tank and illustrate the system’s basic functionality – a charging phase and a boost phase. In the charging phase, 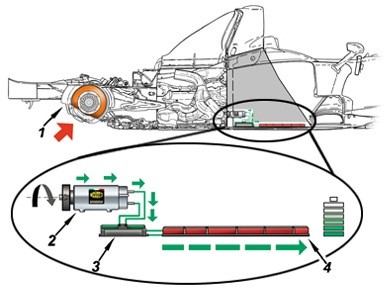 In the boost phase, the electric alternator/motor gives the stored energy back to the engine in a continuous stream when the driver presses a boost button on the steering wheel. This energy equates to around 80 horsepower and may be used for up to 6.6 seconds per lap. The location of the main Kinetic Energy Recovery System (KERS) components at the base of the fuel tank reduce fuel capacity (typically 90-100kg in 2008 ) by around 15kg, enough to influence race strategy, particularly at circuits where it was previously possible to run just one stop.

The system also requires additional radiators to cool the batteries. Mechanical Kinetic Energy Recovery System (KERS), as opposed to the electrical KERS illustrated here, works on the same principle, but uses a flywheel to store and re-use the waste energy.

There are basically two types of KERS systems:

The key challenge faced by this type of Kinetic Energy Recovery System (KERS) system is that the lithium-ion battery gets hot and therefore additional ducting is required in the car. BMW has used super-capacitors instead of batteries to keep the system cool.

The Electro-Mechanical KERS is invented by Ian Foley. The system is completely based on a carbon flywheel in a vacuum that is linked through a CVT transmission to the differential. With this, a huge storage reservoir is able to store the mechanical energy and the system holds the advantage of being independent of the gearbox. The braking energy is used to turn the flywheel and when more energy has required the wheels of the car are coupled up to the spinning flywheel. This gives a boost in power and improves racing performance.

Though Kinetic Energy Recovery System (KERS) is one of the most significant introductions for Formula One it has some limitations when it comes to performance and efficiency. Following are some of the primary limitations of the KERS: