There are three methods of Mechanical Energy Storage Systems is to be used for storing the energy and they are: 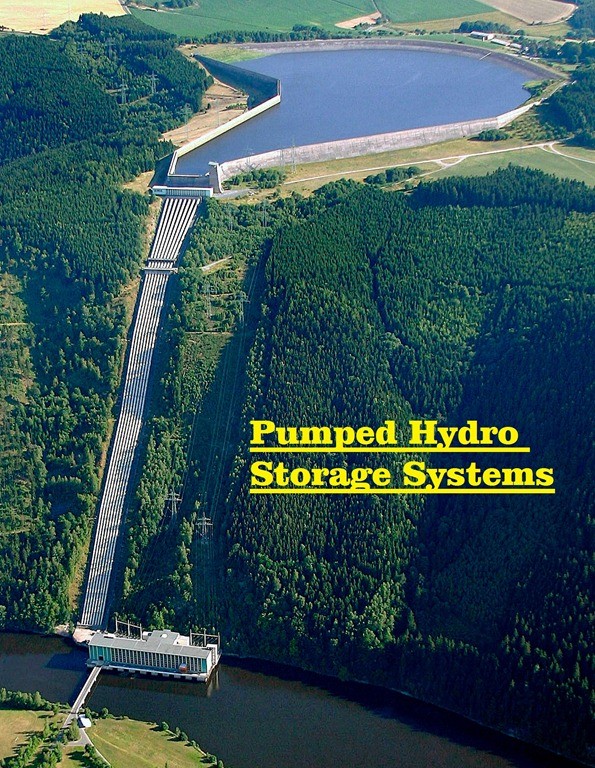 Pumped storage hydro plants is the most successful, economical and widely used energy-storage technology presently available to electrical utilities for load levelling (peak shaving). It could also be used for storing electrical energy produced from solar and wind energy. Electrical power in excess of immediate demand is used to pump water from a supply (lake, river or reservoir) at a lower level to a reservoir at a higher level.

During peak demand period when the demand exceeds the normal generating capacity, water is allowed to flow backwards through a hydraulic turbine, which drives an electric generator and produces power to meet additional demand.

In most pumped storage plants, the turbine generator system is reversible and can serve to pump water as well. In the pumping mode, the generator works as motor and draws electrical power from the electrical network. The turbine then operates as a pump driven by the motor. 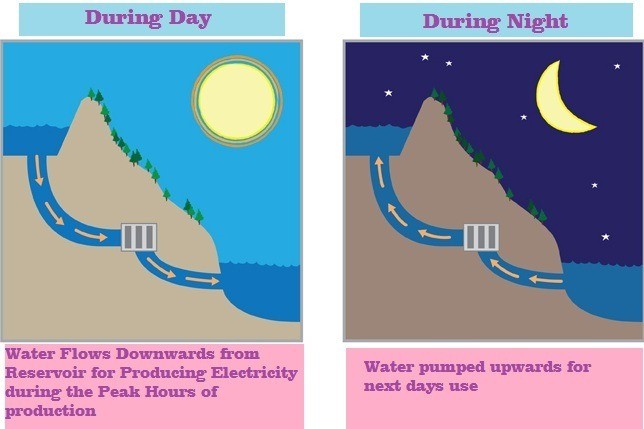 There are relatively few suitable sites where there is water supply at a lower level and a reservoir can be constructed at a higher level. However, the use of natural or excavated underground caverns as lower reservoirs, now being developed, should greatly increase the number of possible sites.

In a compressed air energy storage systems, excess electrical energy is used to compress air, which is stored in a reservoir to be used later in the combustor of a gas turbine to generate electric power. In a gas turbine, roughly 60% of the power output is consumed in compressing air for combustion of the gas. Compressed air can also be used to produce mechanical output through an air turbine. 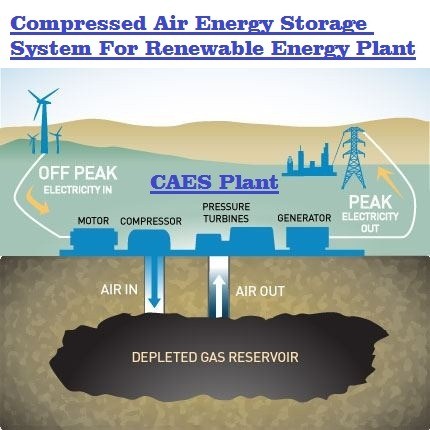 Electric power in excess of immediate demand is supplied to the motor/ generator unit which drives the compressor. The compressed air at about 70 atm, is stored in a suitable reservoir. The air is heated during compassion and may have to be cooled prior to storage to prevent damage to the reservoir walls.

When additional power is needed to meet the demand, the compressed air is released and heated in a combustor using gas or oil fuel. The hot compressed air is then expanded in a gas turbine connected to the motor/generator unit which now acts as generator. The overall recovery efficiency is 65 to 70 per cent. A clutch is used for coupling and decoupling the motor/generator unit with a compressor/turbine.

Compressed-air storage reservoirs would probably be too large and too expensive for above-the-surface construction; hence underground, reservoirs preferably the naturally existing ones, are being considered. Among the possibilities are natural caverns, deep aquifers, depleted gas or oil reservoirs mined-out rocks or salt caverns, and abandoned mines. A commercial installation is in operation near Bremen, Germany.