Milling operations performs the removal of material from a workpiece by means of a rotating cutter. The cutter is typically a milling cutter, a cutting tool with multiple cutting points. Milling cutters are held in a milling machine and rotate around a vertical or horizontal axis to produce the desired features on the workpiece.

What is a Milling Machine

Milling is the process of removing metal by feeding the work past against a rotating multipoint cutter. The metal is removed in the form of small chips. In milling operation the ratio of metal removal is rapid as the cutter rotates at a high speed and has many cutting edges thus the jobs are machined at a faster rate than with single point tools and the surface finish us also better due to multi cutting edges. It is used for machining flat and irregular surface. 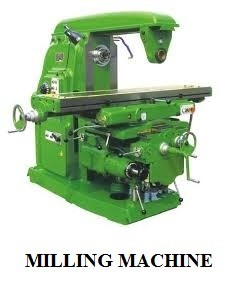 Milling is a machining process that uses rotary cutters to remove material from a workpiece by advancing it into the cutter. The milling cutter is held in a spindle, which is rotated by a motor. The workpiece is usually supported on some type of fixture, which allows it to be rotated and moved in various directions. Milling machines are often classified by their power ratings, the maximum size of the workpiece that can be milled, and the size of the mill.

Milling machines are used to produce flat or curved surfaces on a workpiece by rotating the cutter about a horizontal axis. A milling machine has a table that is mounted horizontally and a spindle that is mounted vertically. The spindle can be rotated in any direction by means of gears and clutches. The milling cutter is held in the spindle and can be moved up and down, and in and out, to cut the desired surface.

Plain milling is the operation of producing flat horizontal surface parallel to the axis of the cutter using a plain milling cutter. 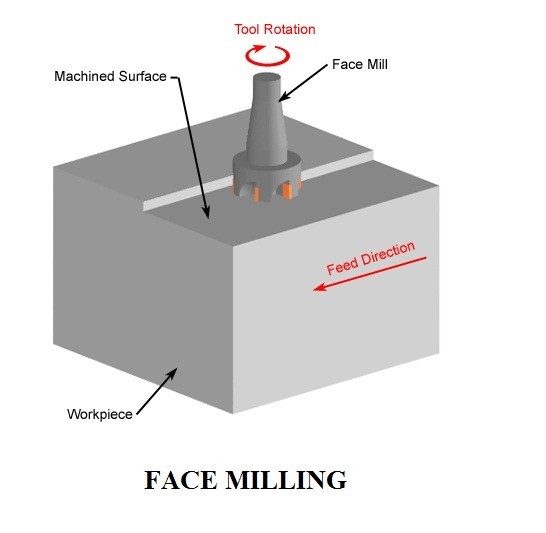 The method of producing flat surface on the which is at the right angle to the axis of rotation of the cutter is called as face milling. 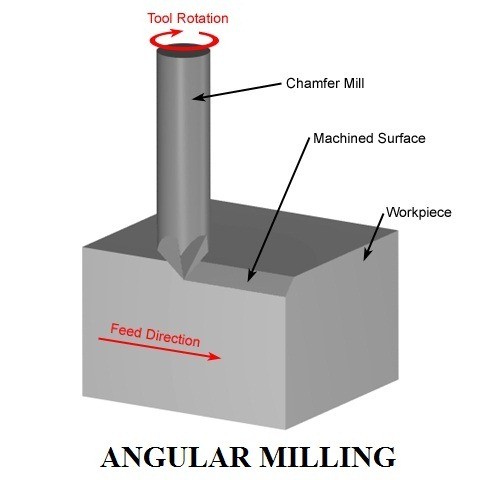 It is the operation of machining a flat surface at an angle other than the axis of the revolving cutter. The cutter used may be a single or double angle cutter depending upon whether a single surface is to be machined or two mutually inclined surfaces simultaneously. 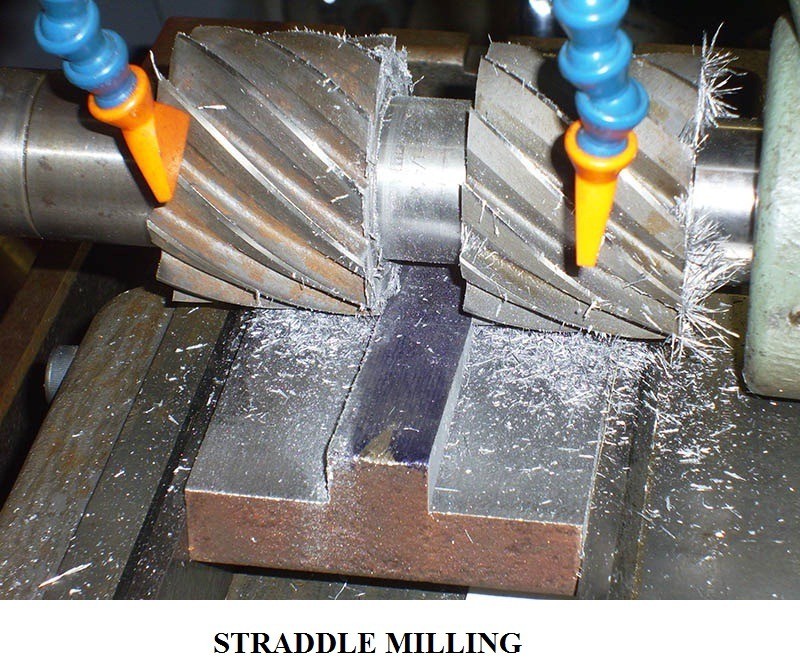 Straddle milling is the operation of producing two vertical flat surfaces on both sides of the job by using two side milling cutters which are separated by collars. Straddle milling is very commonly used for milling square and hexagonal surfaces. 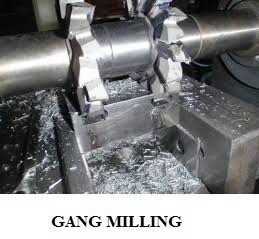 Gang milling is the production of many surfaces of a job simultaneously by feeding the table against a number of required cutters. The two plain milling cutters have helical teeth of opposite hands. This method of operation saves machining time and hence it is widely used in mass production.

Form milling is the operation of producing irregular surfaces or contours by using required form cutters. The irregular shape may be convex, concave or any other shape. 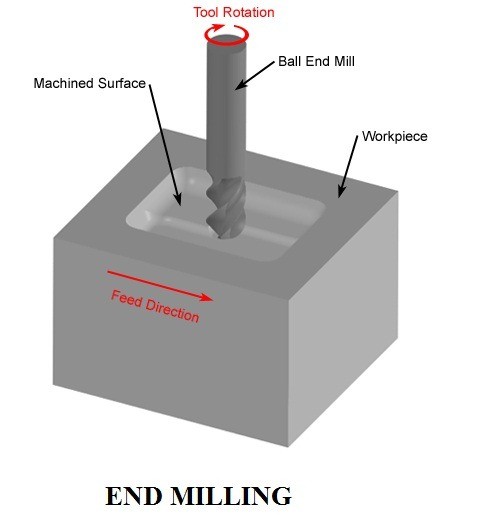 It is the operation of producing both peripheral and face milling operation simultaneously generates vertical, horizontal or angular surfaces by using a end milling cutter. It is used for milling slots, grooves, keyway etc.

Milling of t-slots is produced in two or three stages. In the first operation, the end milling operation or a plain slot is made by using an end milling cutter. 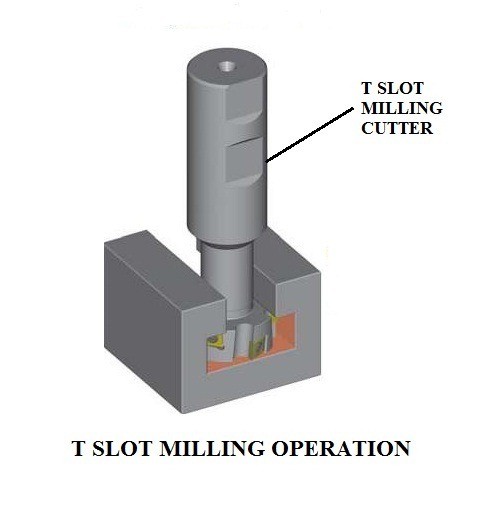 In the second operation. T-slot is made by using the t-slot cutter to enlarge the slot and to mill the bottom face of the slot.

the gear cutting operation involves cutting of different types of gears on a milling machine. 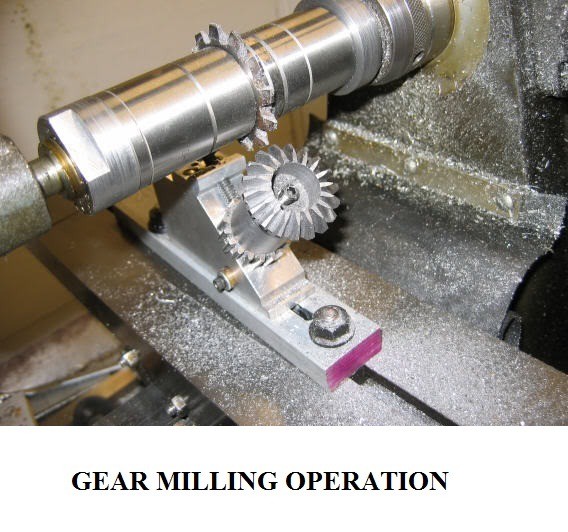 It is performed by using a form relieved cutter which is having the profile corresponding to the required tooth shape of the gear. Equally spaced gear teeth are cut on a gear blank by holding the work on a universal dividing head and then indexing it.