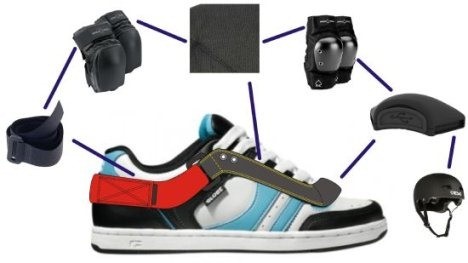 Nano Generator to produce electricity with the pinch of Two fingers

After six years of intensive effort, scientists are reporting development of the first commercially viable Nano generator, a flexible chip that can use body movements — a finger pinch now en route to a pulse beat in the future — to generate electricity.

This development represents a milestone toward producing portable electronics that can be powered by body movements without the use of batteries or electrical outlets.

The latest improvements have resulted in a Nano generator powerful enough to drive commercial liquid-crystal displays, light-emitting diodes and laser diodes. By storing the generated charges using a capacitor, the output power is capable to periodically drive a sensor and transmit the signal wirelessly. 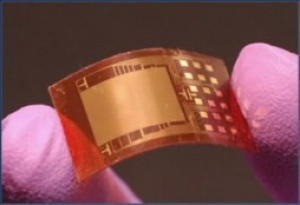 If we can sustain the rate of improvement, the Nano generator may find a broad range of other applications that require more power. 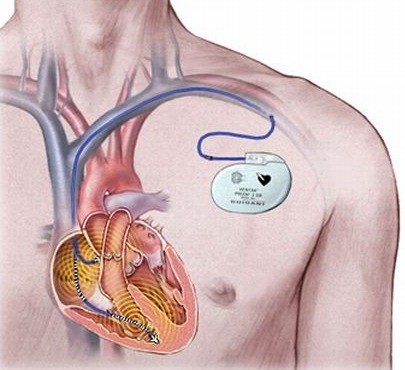 The key to the technology is zinc oxide (ZnO) nanowires. ZnO nanowires are piezoelectric — they can generate an electric current when strained or flexed. That movement can be virtually any body movement, such as walking, a heartbeat, or blood flowing through the body. The nanowires can also generate electricity in response to wind, rolling tires, or many other kinds of movement. 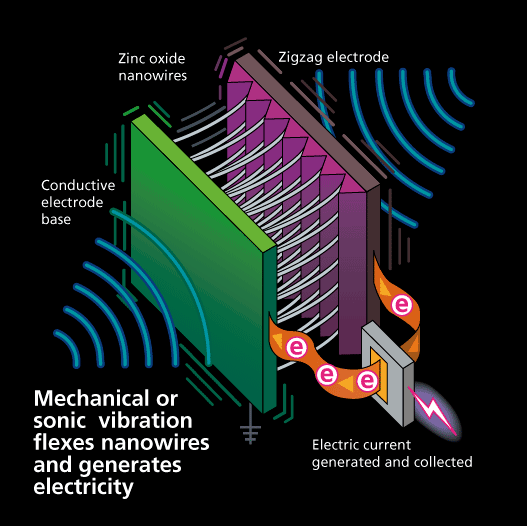 The diameter of a ZnO nanowire is so small that 500 of the wires can fit inside the width of a single human hair. Scientist found a way to capture and combine the electrical charges from millions of the Nano scale zinc oxide wires. They also developed an efficient way to deposit the nanowires onto flexible polymer chips, each about a quarter the size of a postage stamp. Five Nano generators stacked together produce about 1 micro Ampere output current at 3 volts — about the same voltage generated by two regular AA batteries (about 1.5 volts each).

While a few volts may not seem like much, it has grown by leaps and bounds over previous versions of the Nano generator. “Additional nanowires and more Nano generators, stacked together, could produce enough energy for powering larger electronics, such as an iPod or charging a cell phone.”

Read More Info Regarding This Post :   What Is Fuel Cell Technology | Fuel Cells Pros And Cons

The Scientists said the next step is to further improve the output power of the Nano generator and find a company to produce the Nano generator. The device’s first application is likely to be as a power source for tiny environmental sensors and sensors for infrastructure monitoring. 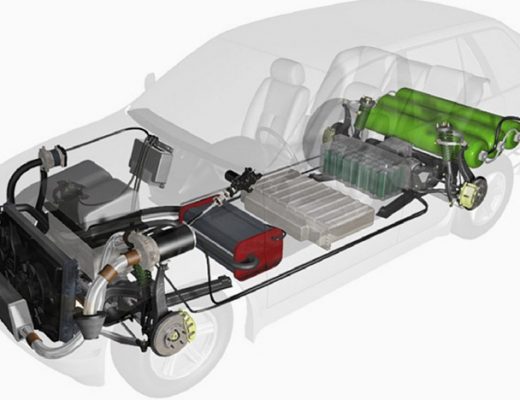 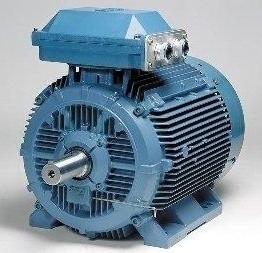