Why Computers are involved in Numerical Control?

Numerical control (NC) is the automated control of machining tools (such as mills, lathes and routers) by means of coded instructions stored on a computer. NC started out as a way to make simple parts for airplanes during World War II. It has come a long way since then, and is now used in a wide variety of manufacturing applications.

Numerical control is the process of controlling a machine or device using numerical values. This is done by inputting the information into a computer, which then sends it to the machine or device. The computer can be used to control all sorts of machines and devices, including CNC machines, robots, and even 3D printers.

What is Numerical Control?

Numerical Control is one method, which is quite elaborate, for translating and storing in-formation on a tape is as follows. Using a special language, which consists of numbers and a limited number of words having no more than six letters, the person doing the programming writes the instructions for a complete cycle. 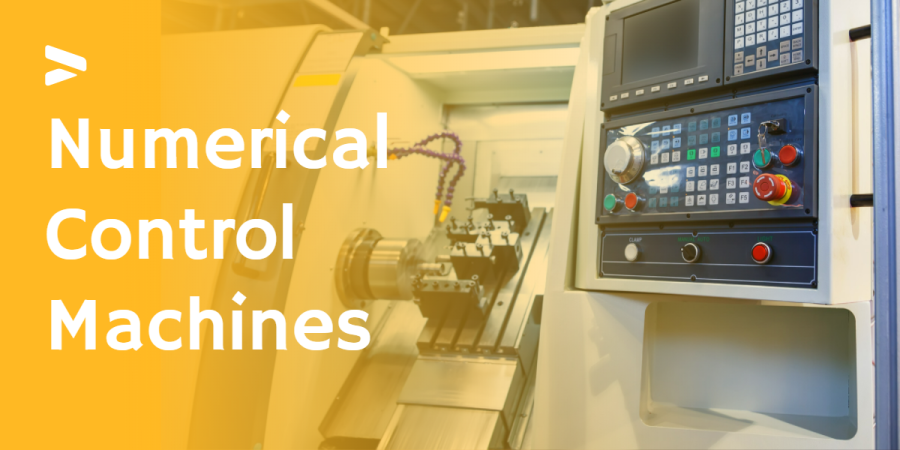 How do Computers Control Numerical Control?

Computers are not necessary for preparing tapes for numerical control, but they accomplish the preparation much faster and eliminate human mistakes. The preparation of the tapes consists of problems which are to a great extent repetitive and well suited to the use of high-speed computers. Command information thus is placed on a tape in the desired sequence, usually in sections known as “command blocks.” For a machining operation, one command block will pertain to one particular cut or surface to be produced.

As the tape advances through the equipment known as a “programmer,” or “controller,” the command blocks are arranged in proper sequence. Thus, when one command block is completed, the next command block will have arrived at the place where the controller will send some of its signals to the machine.

A controller, using the command in-formation on a tape, or other device, controls a machine with desired timing and sequencing and makes a limited number of logical decisions. Two different types of signals are employed for sending information between a controller and a machine. These two types of signals are known as “analogue” signals and “digital” signals. Analogue signals are continuously sent, and changes in the quantity being measured cause corresponding changes in the signal.

As a common example, an instantaneous present value of a measurement may be continuously indicated. As changes take place in this measurement, the continuous signal follows the changes. Another example of an analogue signal is the continuous comparison of a present dimension of a workpiece with its desired dimension. A digital signal consists of one or more incremental, discrete pulses. The pushing of a start button is an example of a digital signal. A desired dimension may be transmitted as a definite arrangement of pulses, if a digital signal is to be used.

Digital signals can offer a higher degree of accuracy, but they require more complicated equipment in comparison with that needed for analogue signals. Analogue control is continuous and the control action is directly proportional to the desired machine action. Digital control is given in steps. Numerical control uses digital signals, and it comes largely under the classification of digital control. The continuous control of a tool location in relation to the workpiece may be accomplished by pulses which position a stepping switch. Analogue signals may be made avail-able to a controller of a numerical control system by the use of an analogue-to-digital converter.

A control system is known as a “closed-loop system” when feedback is incorporated. For example, if a controller is controlling the position of a machine table, feedback will be a signal back to the controller giving the location of the machine table. Thus a controller can check the results of its controlling action and send appropriate signals when needed. A controller in a closed-loop system can be described as having some judgment. Feedback provides a means for overcoming tendencies of a machine to drift away from a desired condition. Control systems without feedback are not self correcting, and they are known as “open loop systems.”

Controllers vary considerably in complexity and controlling ability. Controllers for analogue control systems are the simplest. A more complicated controller may have a computer incorporated with it to solve problems which occur during the controlling action. Such a controller can make a wider range of decisions.

When used with machine tools, numerical control is employed to control the following: all cutting speeds, the complete path and feed rare of a cutter in relation to the fixture or workpiece, and all auxiliary functions such as turning cutting fluid off and on.

Numerical control has been developed for use with various machine tools. One of these machine tools is known as a turret drilling machine. A six- or eight-position turret is mounted on the spindle so that preset drills and other cutting tools may be automatically changed.

A work-piece is loaded into a fixture, and once started, numerical control selects cutting tools, positions the workpiece in a horizontal plane relative to the cutting tool, and clamps the table while machining is performed, controls the depth of travel for each cut, controls the flow of cutting fluid, and controls other auxiliary functions. The table position in a horizontal plane is controlled by two servo mechanisms, one for each coordinate axis. Many holes may be machined in a workpiece during a complete cycle.

What are the Application of Fixtures in Numerical Control Machines

A fixture is used for locating and holding the workpiece, since drill bushings, which are used in drill jigs, are not needed. When the machining cycle is completed, the table is returned to its loading and unloading position. Machine setup is simple and fast. A tape, which has been made for the workpiece, is installed in the controller, the fixture for the workpiece is fastened to the table of the machine, and the table is positioned so that the cutting tool is located in space at its predetermined starting position relative to the fixture. 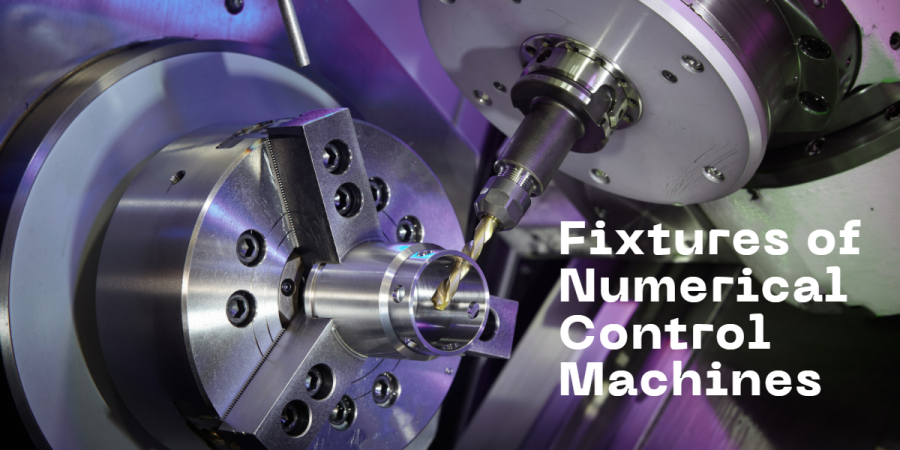 The fixtures used are considerably simpler and less costly than drill jigs, which otherwise would be required for the workpiece. Other machine tools which have been adapted for use with numerical control include jig-boring machines, milling machines, and lathes.