Floor Stand grinder is also known as pedestal grinder. This type of grinder has a pedestal or a stand which is fixed with the floor. The grinder has a horizontal spindle with wheels at both the ends. 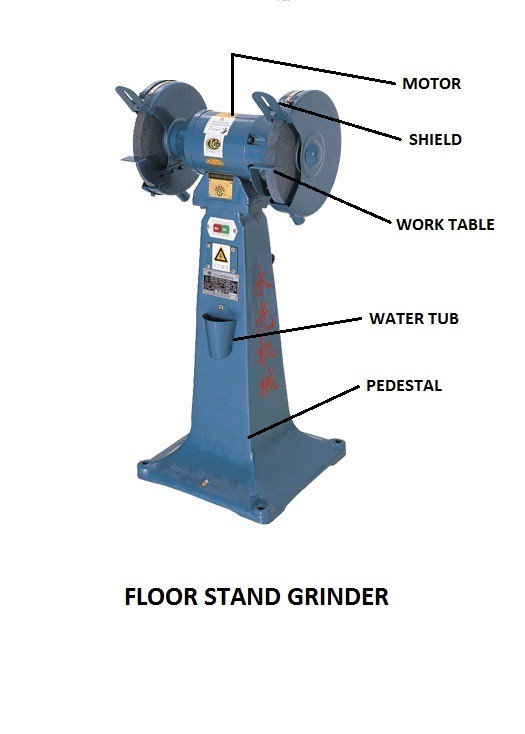 The conventional hand-powered grindstone has been replaced by this machine. It’s a tool for sharpening dull instruments. You may set the work piece support so that the distance to the grinder is consistent as the stone wears off.

Usually the driving motor is placed inside the pedestal. The motor is connected to the spindle by means of a belt. The abrasive wheels are covered by guards. A work rest table is provided for supporting the work piece during the grinding process. A shield is provided which is fitted with the guard for the protection of the eyes. This type of grinders are normally are used for rough grinding of tools and other small parts. 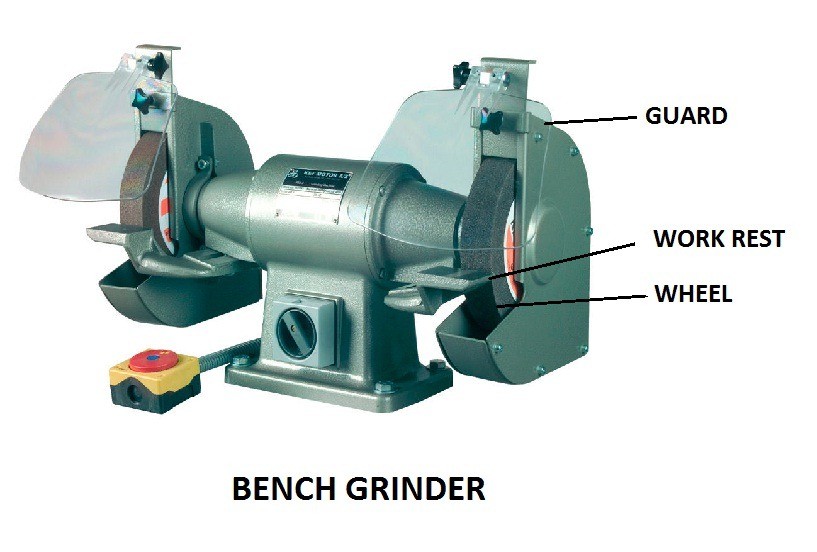 This type of grinders is generally mounted on a bench and is smaller in size. To grinding wheels are connected to both the ends of the motors. One wheel is aluminium oxide and the other wheel is silicon carbide. These wheels are covered by guards. A work rest is provided for supporting the work piece while grinding. These grinders are mainly used for grinding hand tools and small parts.

Grinders are an important part of any fabrication or machine shop. Hence it is critical to select a high-quality grinder. Many well-known manufacturers sell grinders at affordable costs. Stanely, Bosch, DeWalt, Makita, Ferm, Metabo, and more prominent brands are among them. 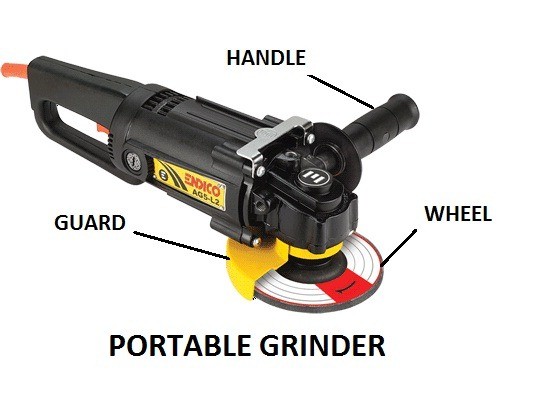 A handheld power tool use it for abrasive cutting and polishing is an angle grinder, which is also known as a side grinder or disc grinder. A portable grinder is a small grinder which is used for grinding by hand. It can be carried from place to place. It has a small electric motor. A small grinding wheel is attached to one end of the motor. The motor is supplied with power by a long wire connected to the mains using a plug. It is used for rough grinding of large forgings and welded projections.

Portable hand-held power tools used mostly for grinding sharp edges, metal cutting or metal polishing. Such flexible instruments may be used for a range of work when using the right grinder wheels, which include: removing paint, rust or mortar, as recommended by the vendor.

An abrasive belt grinder has an endless abrasive belt running on pulleys. The abrasive belt has very small abrasive grains pasted on one side of the belt. Generally the driving motor is connected to the bottom pulley. The work piece is positioned on the table and it is fed by means of hand against the moving abrasive belt. This grinder is also used for rough grinding of work piece. Generally, here dimensional accuracy is not important.

Abrasives have been used since the dawn of time, when men rubbed one hard stone against another to create a weapon or a tool. The Bible references a stone known as shamir, which is most likely called now a days as emery, a natural abrasive that is being used today. Abrasives were used as rough grinding machines or fine grinding to polish jewels and vases in ancient Egyptian artwork.

Art Emmons of the Porter-Cable firm in Syracuse, New York, created the first abrasive belt (a rough grinding machines), which looked quite similar to a current belt sander, in 1926. The surface of softer, less resistant materials gets worn away by abrasive, sharp, hard substance. The General Electric Company succeeded in producing synthetic diamonds in 1955.

They’re made up of a single layer of abrasive particles adhered to a flexible backing material with an adhesive. The abrasive utilised, the grit size, the density or spacing of the grit, the adhesive strength, and the flexibility of the backing material all influence the cutting action of coated abrasive sheets.

Massive rolls of backing material, either paper, fabric, or a mix of the two, are used to start the manufacturing process. The backing is put into the machine, which applies the first coat of glue. The abrasive layer is then deposited, via gravity or electrostatically. The slivery kind of abrasive is oriented with the sharp edges facing out using the electrostatic technique. The technique can also determine how far apart the grains are spaced.

Water-soluble, waterproof, or a mix of the two adhesives are used to adhere the abrasive to the backing. Water-soluble kinds are utilised for dry grinding and domestic sanding, as well as professional wood-sanding operations on required situations. 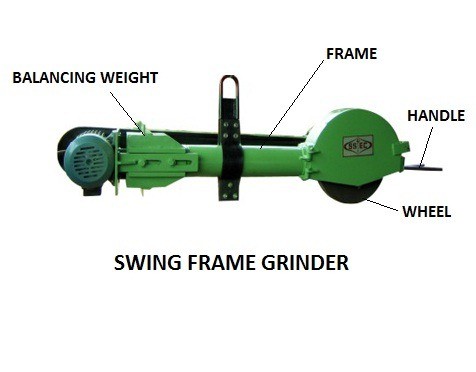 This type of grinder has a horizontal frame which is 2 to 3 meters in length. The frame is suspended in the middle. This frame is can swing about its point of suspension. One end of the frame usually carries the grinding wheel which is attached to the motor. The other end of the frame carries a dead balancing weight. A handle is provided at the wheel end. 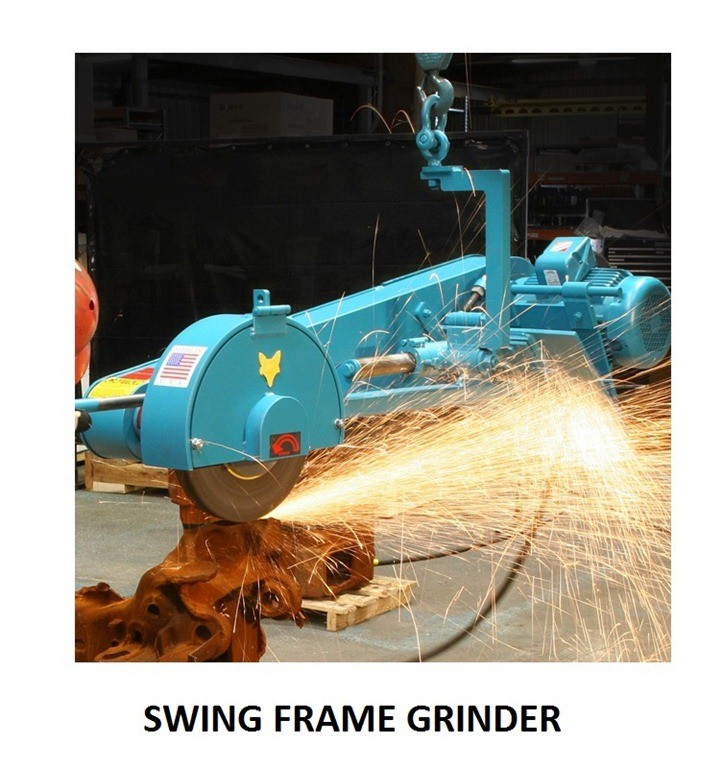