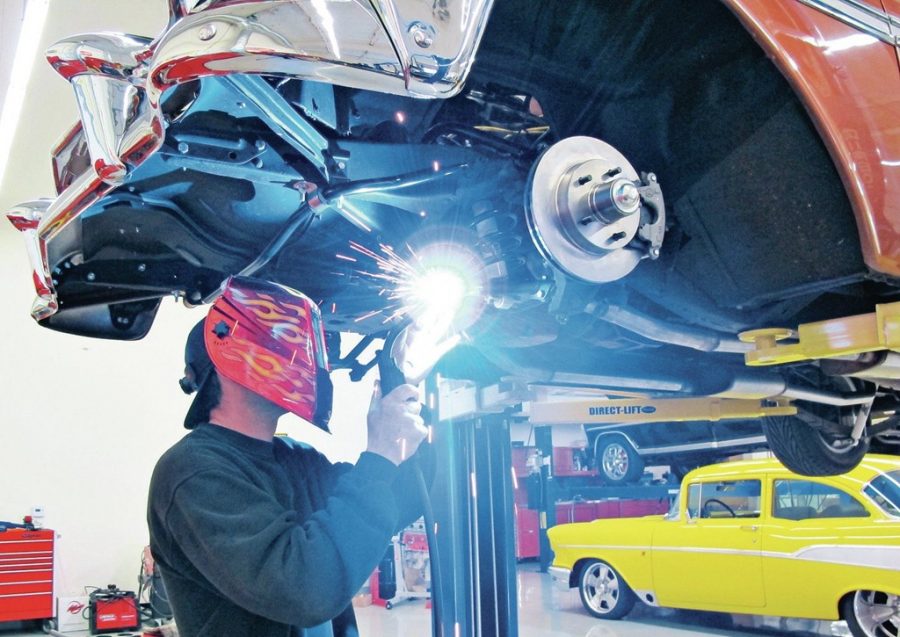 It was first used in the USA in the mid-1940s. The GMAW process was developed and made commercially available in 1948, although the basic concept was actually introduced in the 1920s. In its early commercial applications, the process was used to weld aluminum with an inert shielding gas, giving rise to the term “MIG” (metal inert gas) which is still commonly used when referring to the process. 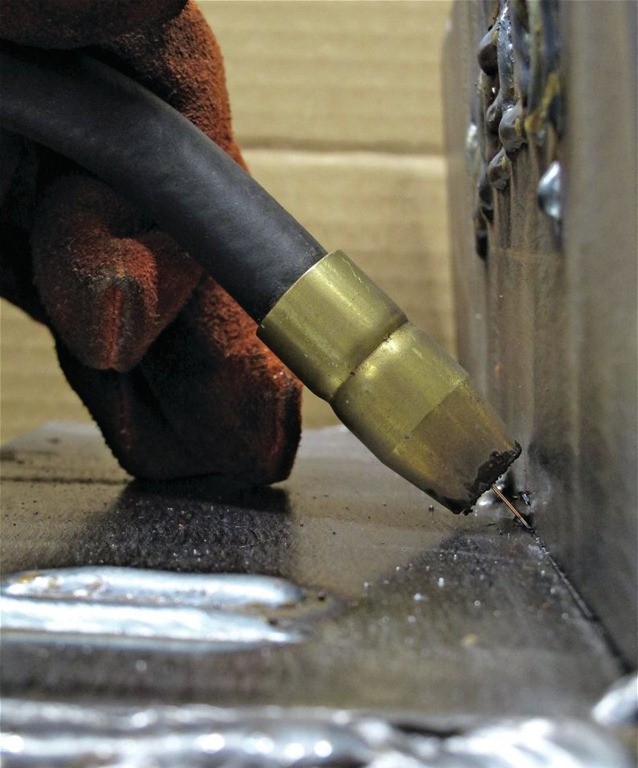 Metal can be transferred in three ways:

At a rate of several hundred droplets per second, small droplets of molten metal from the electrode are transferred to the weld area. The transfer is spatter-free and very stable. High DC current and voltage and large diameter electrodes are used, with argon or argon-rich gas mixture, used as the shielding gas. The avg current required can be reduced by a pulsed arcs, which are high amplitude pulses superimposed over a low, steady current and the process can be used in all welding positions.

Carbon dioxide-rich gases are utilized and globules propelled by the forces of the electric arc transfer the metal, resulting in considerable spatter. High welding currents are used with greater weld penetration and welding speed. Heavier sections are joined in this process

The metal is transferred in individual droplets at rates of more than 50 per second as the electrode tip touches the molten metal and short circuits. Low current and voltages are utilized. 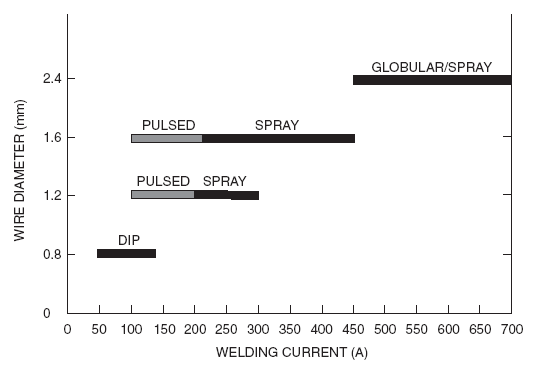 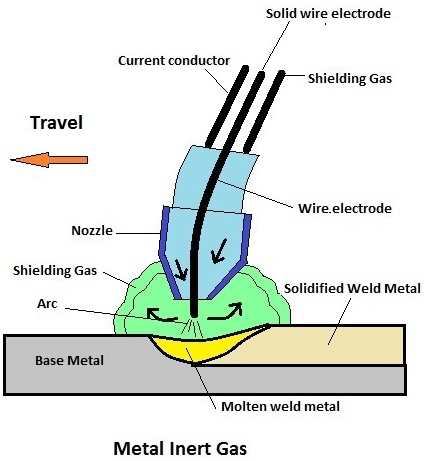 The metal electrode is provided in the form of a wire reel. It is fed continuously through the feed mechanism at the rate at which it is being consumed so as to maintain the welding arc between its end and the base metal. The electrode wire (Aluminium, Magnesium, Copper, and Steel) is drawn from the wire reel by motor-driven feed rolls and forced through the filler wire and gas conductor. 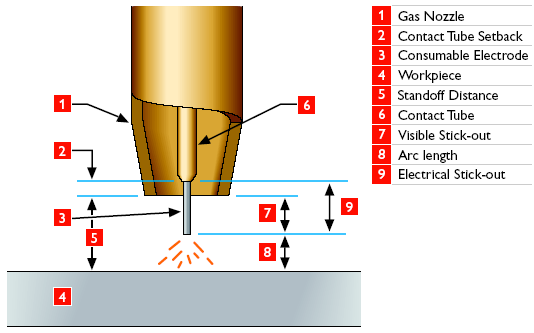 The arc is shielded by an inert gas (argon, helium, carbon dioxide) atmosphere provided by the gas flowing through the nozzle of the holder, through which the electrode wire also passes.

The welding arc is controlled by the current setting, the sed of wire feed, and the characteristics of the welding source. To start welding the trigger switch is depressed. This starts the gas flow and purges the lines. The filler wire which protrudes 10 to 15mm from the gas nozzle is then scratched on the work to initiate the arc.

1. High current density and the corresponding higher rate of metal deposition. The deposition rates in this process are much higher than TIG welding.

2. MIG welding is not used for steel thinner than 5 mm.