The turbo-jet engines are a machine that, according to the thermodynamics Brayton Cycle, conducts work by capturing energy from a working fluid and turning the energy into a useful form. Various kinds of gas turbines are intended to fulfil a variety of functions but all work on similar principles.

Jet propulsion is based on newton’s second law and third law of motion. Newton’s second law states that the rate of change of momentum in any direction is proportional to the force acting in that direction. Newton’s third law of motion states that for every action there is an equal and opposite reaction. Turbo-jet engine a type of jet engine is explained below. 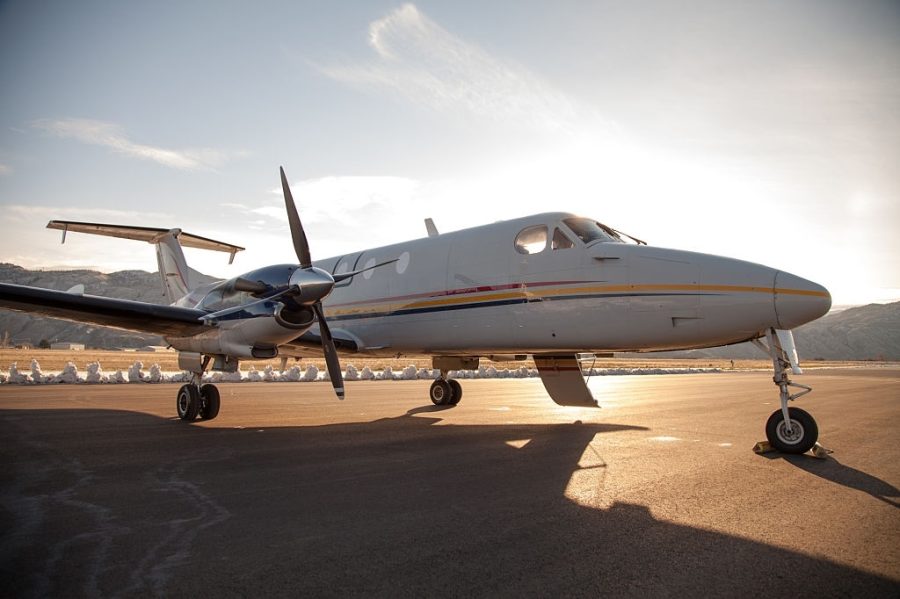 A gas turbine is a form of continuous, internal combustion engine that has three basic components: a compressor, a combustor, and a turbine. A simple arrangement, referred to as the turbojet, consists of an intake nozzle where air at free stream velocity is driven into a compressor.

The air is propelled and compressed over the compressor stage and then diverted into the combustion chamber. The hot gas, which has expanded in the combustion chamber, is propelled through the turbine blades resulting in rotation of the shaft which joins the turbine to compressor. From here the exhaust gas is propelled via an output nozzle. The high velocity exhaust is at a speed substantially larger than the free stream velocity and therefore provides thrust.

The foundation for the formation of thrust is Isaac Newton’s second rule of motion, force is proportional to mass times acceleration. Fuel is fed into the chamber, coupled with the high-pressure air, and ignited to \screate combustion.

According to the laws of conservation of momentum, the thrust force provided by the turbojet is equal to the mass flow rate of the exhaust gas multiplied by the velocity relative to the free stream velocity of air entering the compressor. The more gasoline that is burned by the engine, the greater thrust is generated, assuming constant efficiency. One way for boosting the amount of push is through after burning, also known as thrust augmentation. This design contains a second burner that combusts excess fuel and emits hot exhaust fumes downstream from the turbine.

Afterburners may greatly boost thrust at the price of quick fuel consumption. However, afterburners are mostly utilised in military aircraft to accomplish supersonic flight.

The Turbo-jet engines are a modified form of gas turbine engine. A Turbo-jet consists of a diffuser, rotary compressor combustion chamber, turbine and nozzle.

Air from the surrounding atmosphere is drawn by the compressor through the diffuser slows down the entering the speed of the air and compresses it. This is known as ram compression. Inside the rotary compressor the air is further compressed to a pressure of 4 atm. This pressurized air then passes into the combustion chamber. Inside the combustion chamber the fuel is sprayed over the pressurized air. The air fuel mixture is burnt. Thus heat is applied at a constant pressure. 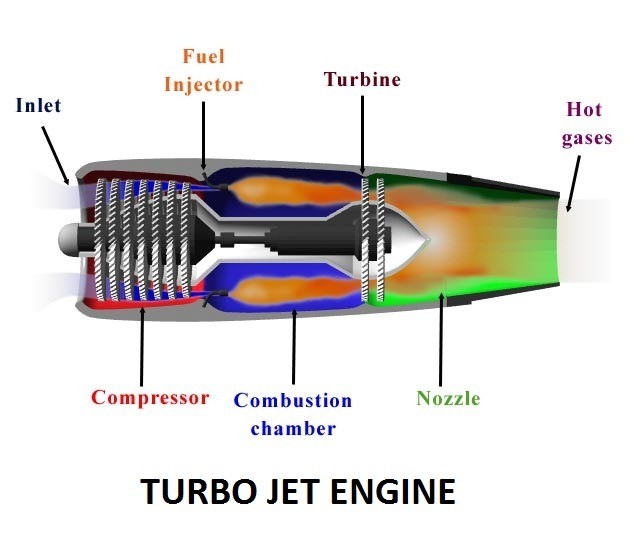 The temperature of the air increases rapidly. The amount of air supplied is about 60 times the amount of fuel burnt. The excess air produces sufficient mass for the propulsion of the jet and at the same time prevents the turbine blades from high temperature gases.

The products of combustion process enter into the turbine and expand partially. The power generated by the turbine is only sufficient to drive the compressor, fuel pump and other auxiliaries. The hot gases from the turbine are at a pressure which is above the atmospheric pressure. These gases then enter into the nozzle where it is expanded which converts pressure energy into kinetic energy. Thus the gases come out from the unit with a very high velocity.

Due to the increased velocity of gases coming out of the unit, a reaction or thrust is produced in the opposite direction. This thrust propells the air craft. For initial starting, some starting device is provided. This method of propulsion is best suitable for air crafts which travels at or about 800 kmhr. 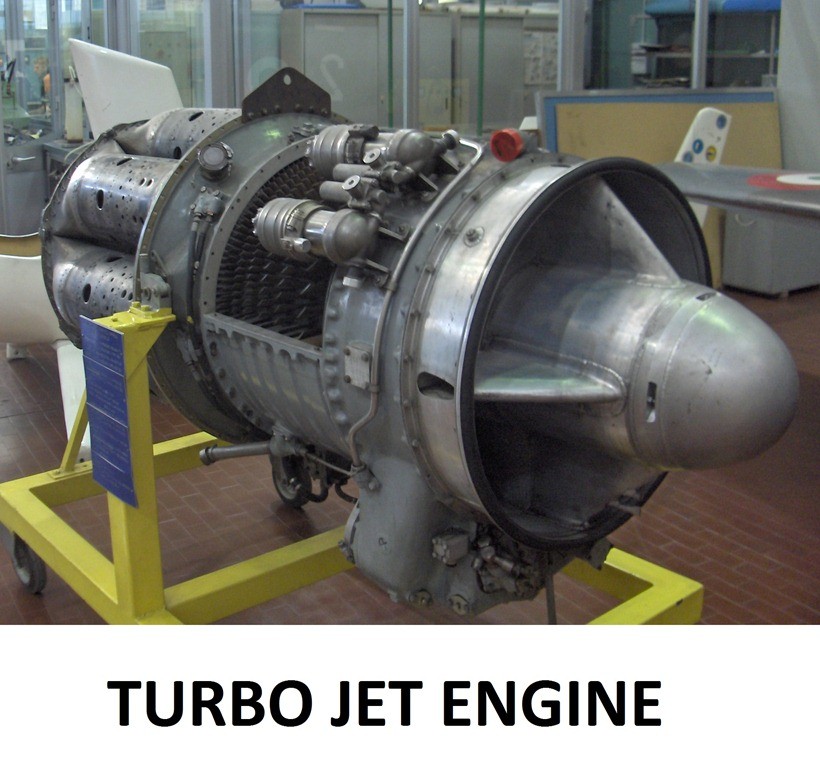 The thermal efficiency is defined as the ratio of the net power out of the engine to the rate of thermal energy accessible from the fuel.

According to the T-s diagram of an ideal turbojet engine, the thermal efficiency reduces to