What is Tidal Power Energy?

Tidal power energy is the power of electricity generation achieved by utilization of the variations in sea level caused primarily by the gravitational effects of the moon, combined with the rotation of the Earth by capturing the energy contained in moving water mass due to tides. 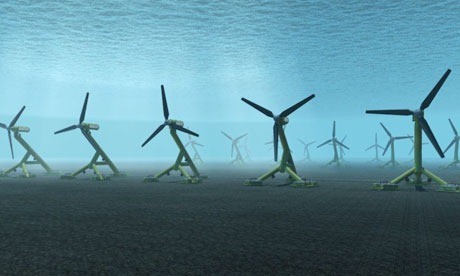 Two types of tidal energy can be extracted:

2. Potential energy: Difference in height between high and low tides.

In order to be practical for energy production, the height differences needs to be at least 5 meters. Only bays and inlets amplify the height of the tide.

Waves are caused by a number of forces i.e. wind, gravitational pull from the sun and moon, changes in atmospheric pressure, earthquakes etc. Waves created by wind are the most common waves. Unequal heating of the earth’s surface generates wind and wind blowing over water generates waves. 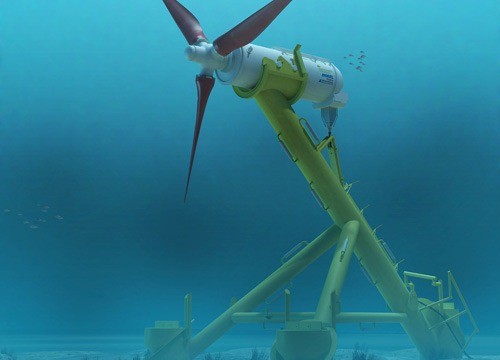 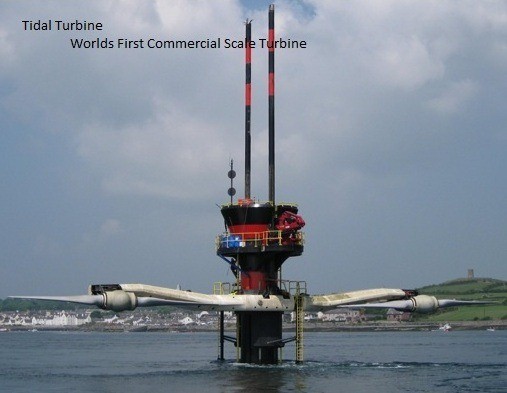 One site has potential to equal the generating power of three nuclear power plants.

1. Expensive to build and maintain

Energy from the Moon: 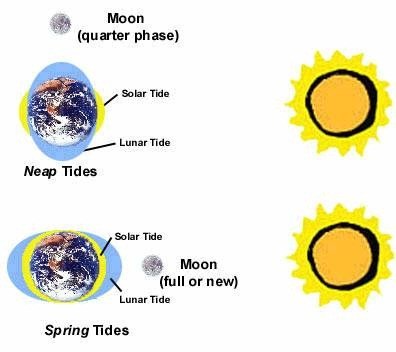 The diagram shows how the gravitational attraction of the moon and sun affect the tides on Earth. The magnitude of this attraction depends on the mass of the object and its distance away. The moon has the greater effect on earth despite having less mass than the sun because it is so much closer. The gravitational force of the moon causes the oceans to bulge along an axis pointing directly at the moon. The rotation of the earth causes the rise and fall of the tides.

When the sun and moon are in line their gravitational attraction on the earth combine and cause a “spring” tide.

When they are as positioned in the first diagram above, 90° from each other, their gravitational attraction each pulls water in different directions, causing a “neap” tide.

The rotational period of the moon is around 4 weeks, while one rotation of the earth takes 24 hours; this results in a tidal cycle of around 12.5 hours. This tidal behaviour is easily predictable and this means that if harnessed, tidal energy could generate power for defined periods of time. These periods of generation could be used to offset generation from other forms such as fossil or nuclear which have environmental consequences. Although this means that supply will never match demand, offsetting harmful forms of generation is an important starting point for renewable energy.

Generating Electricity from the Tide:

Turbines can make electricity when the water turns their blades. The simplest electricity generation system using tides is known as an ebb generating system. It uses a dam, known as a barrage, across an estuary. Sluice gates on the barrage are opened to allow the tide to flow into the estuary on the incoming high tides. They are closed to prevent the water flowing back on the outgoing tide (known as the ebb tide) except through the turbine system.

Two way generation systems, which generate electricity on both the incoming and outgoing tides, are also possible. 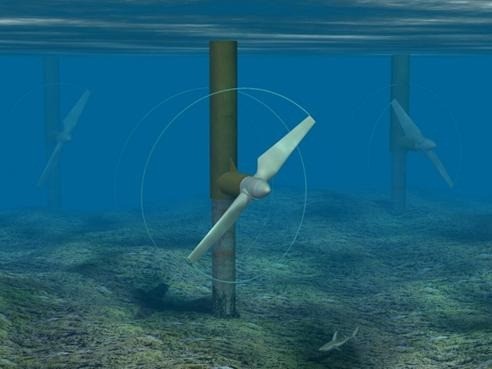 This form of generation has many advantages over its other tidal energy rivals. The turbines are submerged in the water and are therefore out of sight. They don’t pose a problem for navigation and shipping and require the use of much less material in construction. They are also less harmful to the environment. They function best in areas where the water velocity is 2 – 2.5 m/s. Above this level the turbine experiences heavy structural loads and below this not enough generation takes place.

will all have individual responses to loadings Seabed mountings need to be able to withstand applied vertical/horizontal forces and moments. 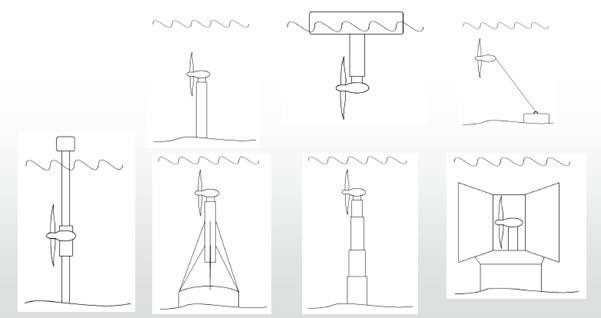