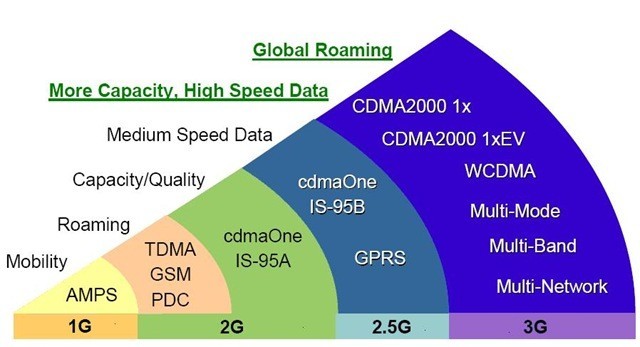 IS-95, on the other hand, is CDMA-based. It was developed by Qualcomm, and is alternately known as TIA-EIA-95 or cdmaOne.

2G makes use of a CODEC (compression-decompression algorithm) to compress and multiplex digital voice data. Through this technology, a 2G network can pack more calls per amount of bandwidth as a 1G network. 2G cellphone units were generally smaller than 1G units, since they emitted less radio power. 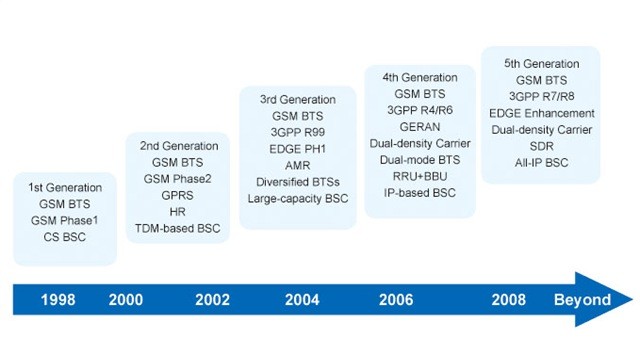 Another advantage of 2G over 1G is that the battery life of a 2G handset lasts longer, again due to the lower-powered radio signals. Since it transmitted data through digital signals, 2G also offered additional services such as SMS and e-mail. Its lower power emissions also made 2G handsets safer for consumers to use.

Error checking, a feature allowed by digital voice encoding, improved sound quality by reducing dynamic and lowering the noise floor. Digital voice encoding also made the calls less susceptible to unwanted eavesdropping from third parties, due to the use of radio scanners.

2G, however, does have its disadvantages as well. In comparison to 1G’s analog signals, 2G’s digital signals are very reliant on location and proximity. If a 2G handset made a call far away from a cell tower, the digital signal may not be enough to reach it.

previousWhat is 2.5G Technology | Second And A Half Generation
nextWhat are 2G, 3G and 4G?