Are you looking for AutoCAD software? Do you want to know more about the features of AutoCAD? If yes, then you are at the right place. In this article, I am going to share some interesting facts regarding AutoCAD and its features.

The AutoCAD program was created in 1982 by Autodesk. It is the most popular drafting software. This program has been developed by Autodesk since 1982. It has become the standard tool for creating 2D drawings.

AutoCAD is a very user-friendly drafting software. It helps you create 2D drawings easily. It also provides a wide range of tools to draw and edit objects. Moreover, it supports various file formats.

AutoCAD was one of the first computer-aided design programs to be made available on personal computers. It is built to help people design buildings, products, or public spaces, without having to draw up plans by hand. It was released in 1982 by Autodesk, Inc., and offered a personal solution to software that was before then released only for larger workstations.

While CAD programs prior to AutoCAD required massive amounts of computing power in the form of gigantic computers, AutoCAD streamlined its operation and optimized it for the IBM PC, allowing people to work from home or on their own work computers. 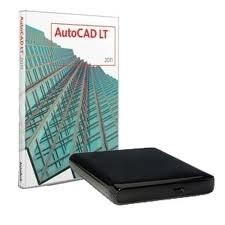 Computer-aided design (CAD) software has become indispensable to engineers, architects, designers, and even artists who want to create 3D models or renderings of their designs. CAD programs allow users to draw 2D diagrams and then convert them into 3D images using a computer. The result? More accurate, realistic representations of your ideas.

The first CAD program was developed at MIT in 1959. Since then, CAD has become a standard tool for designing mechanical parts. Engineers use CAD programs to create 3D models of objects such as bridges, buildings, vehicles, and even human organs.

Today, CAD programs are being used in almost every field of engineering, from architecture to medicine. In addition to creating 2D drawings, CAD programs also provide tools for analyzing data and visualizing information.

Through the 1980s, AutoCAD functioned mostly by using simple lines and circles, and text overlays, to set up custom objects. Beginning in the 1990s, AutoCAD began utilizing more robust custom object features, built with an Advanced Programming Interface using C++. And starting in 2007, AutoCAD has had much more advanced 3D tools that allow for greater 3D modeling and exploration of models, with high-quality, fast-moving rendering.

The modern version of AutoCAD allows for much more than simple C++ programming. It has set the standard for operability in terms of Advanced Programming Interfaces in CAD and can use VBA, .NET, AutoLISP, and Visual LISP, as well as the C++-based ObjectARX. This robust programming set has allowed for great extensibility for AutoCAD, and there are a number of more specific AutoCAD programs, including AutoCAD Electrical, AutoCAD Civil 3D, and AutoCAD Architecture.

The file format that AutoCAD uses, the DWG format, has become a standard for all CAD work. Autodesk shifts its estimates of how many DWG files are in operation in the world, but generally places the number at quite a bit more than one billion. Although a number of other CAD programs exist at this point, including programs for Mac OSX and NIX systems, AutoCAD remains the industry leader and sets a number of standards in the CAD community.

AutoCAD is an Autodesk –Software

In addition to AutoCAD, Autodesk produces many other design programs, all built to help designers or architects work on specific projects. Their software is focused on all aspects of rendering, both in 2D and 3D, and they consistently seek to push the envelope of what their technologies can achieve.

Autodesk software includes industry standards for animation and product design, in addition to AutoCAD itself. For example, files created with their design software may be exported and sent to prototyping facilities, which can input them into 3D printers to generate immediate 3D prototypes for an affordable fee.

This seamless interaction between home software and affordable high-speed prototyping is changing the way design is being undertaken, and has largely removed barriers to entry.