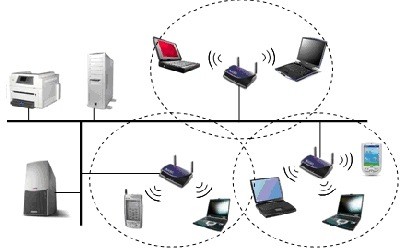 WLAN, which stands for Wireless Local Area Network, is the technology of networking of a number of computers with each other without requiring the usage of wires. Due to a number of WLAN’s advantages such as ease of installation, convenience, deployment, mobility, expandability, productivity and cost, the popularity of WLAN has increased among home users. Wireless access is now offered as a service, paid or sometimes free, to customers of public businesses such as coffee shops or shopping malls.

Development began in 1970, when a computer communication network using inexpensive ham-like radios called ALOHAnet was created by the University of Hawaii. It features bi-directional star topology, with seven computers deployed over four islands. The central computer, located in Oahu Island, communicated with the other computers without using phone lines.

In 1980, amateur radio operators developed the first generation of wireless data modems. They accomplished this by adding a voice band data communication modem, which had data rates below 9600 bps, to an existing short distance radio system. In 1991, the Institute of Electrical and Electronics Engineers (IEEE) held the first IEEE Workshop on WLAN, with the objective of evaluating alternative technologies. At the same time, the IEEE 802.11 committee was working on developing a standard for WLANs.

Orthogonal Frequency Division Multiplexing (OFDM), also known as spread-spectrum modulation technology, is used in WLANs to enable communication between devices in a limited area or basic service set (BSS), which is the set of all stations that can communicate with each other. OFDM is a radio wave-based technology. Through this technology, users are able to move around a broad coverage area while remaining connected to a wireless network. 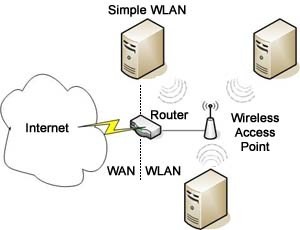 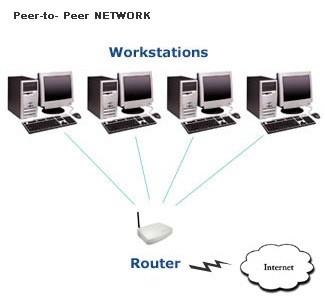 There are three types of WLANs.

The first, peer-to-peer (P2P), enables wireless devices to directly communicate with each other without requiring the involvement of central access points. The second WLAN type, which is a bridge, connects networks of different types, such as a wireless network to a wired Ethernet network. The third type is the wireless distribution system, where access points are used as repeaters in place of connecting all access points in a network using wires.

WLAN does have its disadvantages. In terms of security, WLANs are more prone to unwanted eavesdropping by a third party, since WLAN transceivers communicate using radio frequencies. Wireless packets can be intercepted by a nearby computer, and they may be picked up at a distance by a user with a good quality antenna. “Wardrivers” is a term referring to computer users who locate and crack into wireless networks.

WLAN networking signals may be subject to interference and complex propagation effects like multipath or Ricidian fading. WLANs also tend to have a limited range, requiring repeaters or additional access points in order to achieve greater range. They also have a slow data transmission rate of 1 – 108 Mbps, compared to wired networks which can run at rates of 100 Mbps to several Gbps. The built-in congestion avoidance of Transmission Control Protocol (TCP) hindered the transmission speed of wireless networks.