The method by which contouring machine tools move from one programmed point to the next is called interpolation. This ability to merge individual axis points into a predefined tool path is built into most of today’s MCUs.

There are five methods of interpolation:

All contouring controls provide linear interpolation, and most controls are capable of both
linear and circular interpolation. Helical, parabolic, and cubic interpolation are used by industries that manufacture parts which have complex shapes, such as aerospace parts and dies for car bodies.

Linear Interpolation consists of any programmed points linked together by straight lines, whether the points are close together or far apart

Curves can be produced with linear interpolation by breaking them into short, straight-line segments. This method has limitations, because a very large number of points would have to be programmed to describe the curve in order to produce a contour shape. A contour programmed in linear interpolation requires the coordinate positions (XY positions in two-axis work) for the start and finish of each line segment. Therefore, the end point of one line or segment becomes the start point for the next segment, and so on, throughout the entire program.

Read More:   Slotting Machine | Mechanism of Feeding in a Slotter 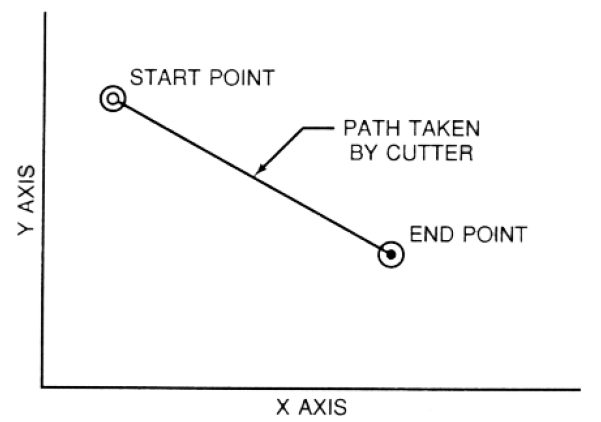 The development of MCUs capable of circular interpolation has greatly simplified the process of programming arcs and circles. To program an arc, the MCU requires only the coordinate positions (the XY axes) of the circle center, the radius of the circle, the start point and end point of the arc being cut, and the direction in which the arc is to be cut (clockwise or counterclockwise) 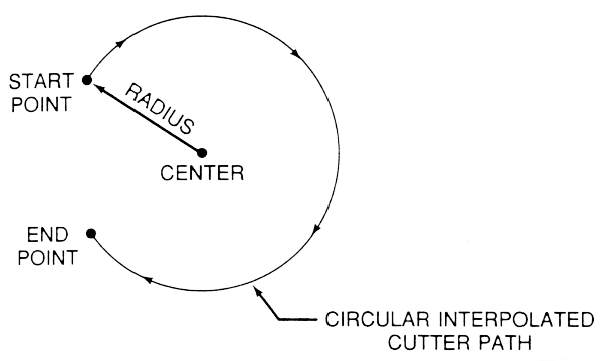 The most common codes used when programming CNC machines tools are

Other codes such as F, S, D, and T are used for machine functions such as feed, speed, cutter diameter offset, tool number, etc.

G-codes are sometimes called cycle codes because they refer to some action occurring on the X, Y, and/or Z axis of a machine tool.

M or miscellaneous codes are used to either turn ON or OFF different functions which control certain machine tool operations. 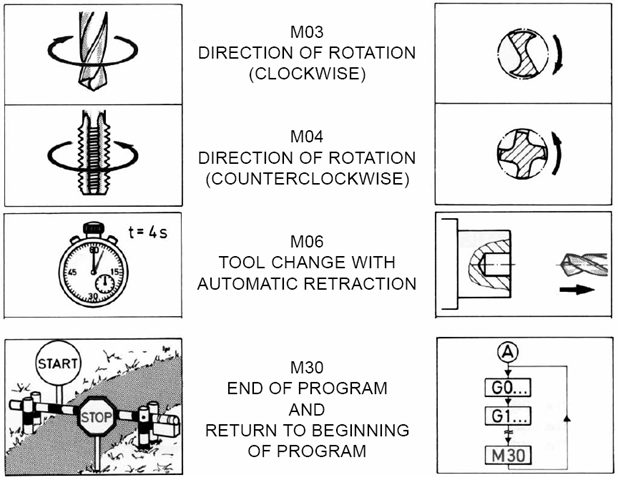 (**) – refers only to CNC lathes and turning centers.