Hydrogen Energy is alternative name for Fuel Cell. It’s a future renewable energy technology. Hydrogen (H element) usually called as the perfect fuel. It is a significant reserve on earth (Ex. Water) and it is exhaustible. The utilization of hydrogen is compatible with nature, instead of intrusive. We will never run out of Hydrogen. After all it’s not a primary energy supply like oil and coal. However rather a clean energy carrier like electricity. Hydrogen is attractive because it stored and transported over long distances by pipelines. Whereas power lines are costly to build and engender loss in transmission. 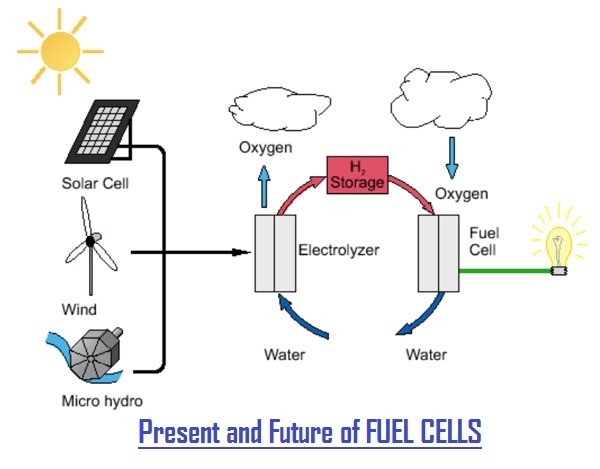 The commercial production of Hydrogen by atmospheric friendly strategies using solar energy and water with the help of catalysts that are active and sturdy or durable, are being investigated. Systems investigated to use concentrated sunlight to create the heat that required to separate water into hydrogen and oxygen that has the potential for being economically viable. Another type of system uses concentric solar thermal energy to reform natural gas and steam into a mixture of carbon dioxide and hydrogen. The method will increase the energy content of natural gas by twenty percent with embodied solar energy. 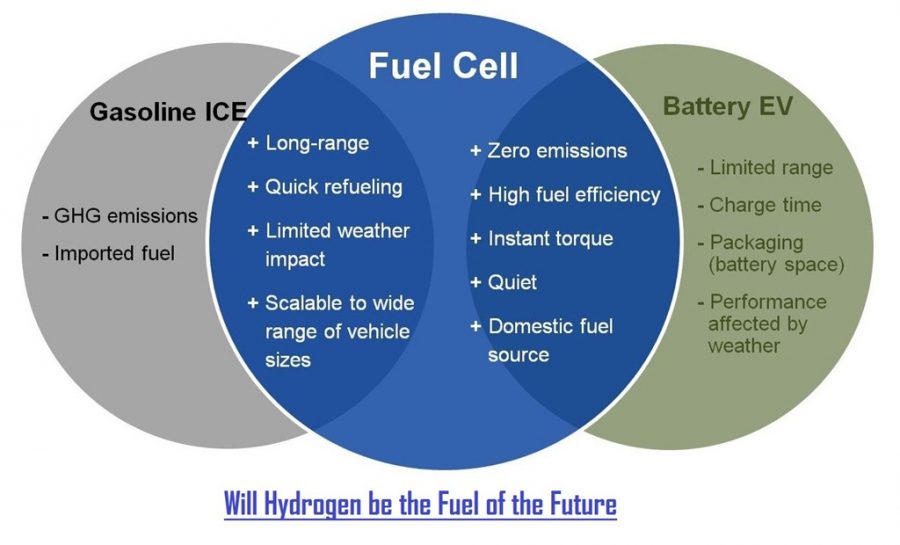 Fuel cells are electro chemical devices that combine hydrogen and oxygen, by setting up an electrical charge across a membrane. This design used to produce a steady flow of electricity with no moving parts. A fuel cell system which includes a ‘fuel reformer’ can utilize the hydrogen from any other source like gasoline, natural gas or methanol. Natural gas is more abundant than oil. Natural gases are less heavily exploited so far. Raising the prospect that it will be the dominant energy source this century. It could form a kind of ‘bridge’ to hydrogen till such time as a cheaper renewable source of energy found for splitting water to get hydrogen.

In space program hydrogen used to provide all of the shuttle’s electric power from on-board fuel cells. The fuel cells exhaust pure water used for drinking water by the crew.

The likely immediate application for the fuel cells will be a fuel cell battery combination known as a ‘hybrid’. The hydrogen fuel cell can constantly charge the battery, which is able to run the electrical motor powering the automobile. Fuel cells provides a lot of energy density, or the ability to travel long distances. While batteries provide power density, or the ability to accelerate quickly. A hybrid allows one to have both at the same time. 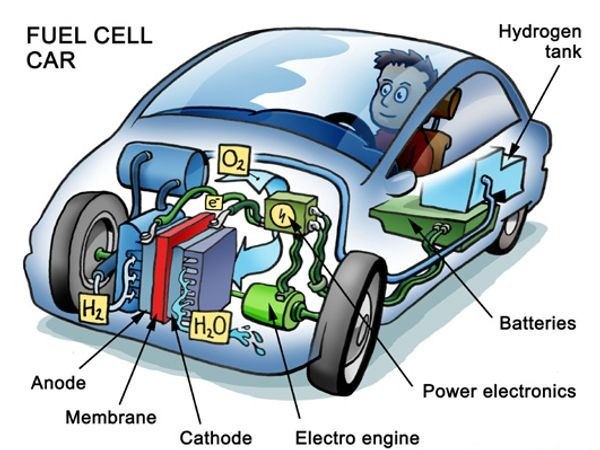 Fuel cells hold out great prospects as a conduit through which electricity generated from hydrogen. Thus we have the option of ‘decarburising’ not only fossil fuels but even biogas and ‘sequestering’ the carbon dioxide from the earth.